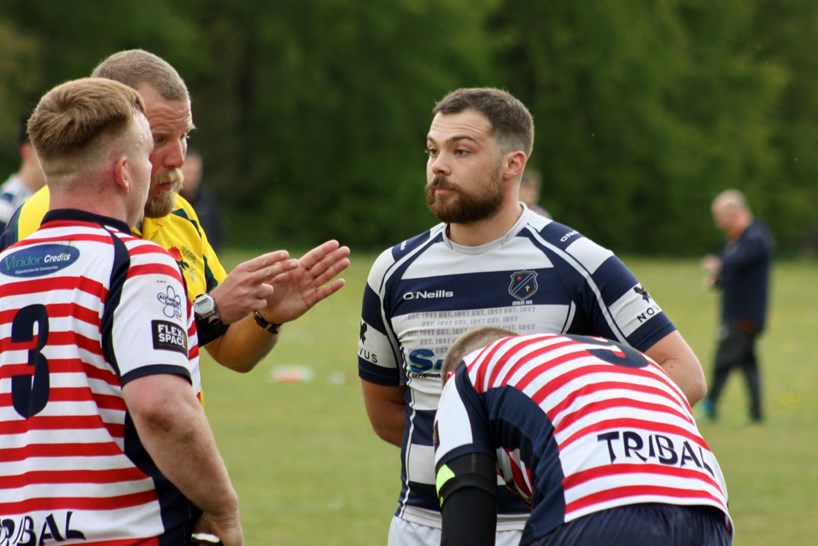 ECCLES 22-27 ALDWINIANS
Saturday saw the long awaited return of rugby to Gorton Street, as Eccles RFC hosted old friends Aldwinians RUFC for what would be the first competitive inter-club game for both clubs in over a year.
The Eccles first team started the first quarter particularly well, holding the middle of Aldwinians' defence and then exploiting the space on the fringes through the pace, power & footwork of wingers Gavin Ackers-Johnson and William Parkinson. This pressure saw Eccles awarded a penalty in front of the sticks and the boot of Chris Fortune claimed an early lead within 9 minutes. This was swiftly followed by a fantastically worked try with Gavin bursting out of the backline and offloading in the tackle to supporting Zak Brooker who in turn offloaded to Luke Cullen to steam in unopposed under the posts t give Eccles a 10-0 lead . The second quarter was a different affair, with Aldwinians asking different questions of Eccles especially in their defensive efforts around the break down which saw the Eccles half’s make a couple of inaccurate kicks giving Aldwinians possession and two easy walk overs! Game on. Eccles responded before the break with Jay Christey making an instant impact on entering the game. From a line out 10m out, a resulting restart sees Chris Fortune flying in to score to the right of the posts. HT score 17-17. The third quarter brought more stout defending from Aldwinians. Even when Eccles broke through the visitor's line some superb covering defensive duties from the Aldwinians dark haired lock kept the score board even. Approaching 60 minutes Aldwinians added points from a deserving penalty after a sustained period of possession in the Eccles red zone. Shortly after, another error from Eccles, saw Aldwinians cross the whitewash again for a gift. 17-27.
The 4th quarter started with Aldwinians in front with a comfortable 10 point margin but during this quarter Eccles started to find themselves again, showing signs of the brand of rugby we are accustomed to seeing from the men in blue hoops who earned themselves a third well-worked try, dotted down by Gavin A-J in the corner. Sustained pressure in the Aldwinians red zone saw Eccles enjoy lots of good possession and territory in the final 10 minutes of play, but the visitors defence had not dampened from the 2nd quarter, getting off the line over and over again pressuring the Eccles attack and causing multiple errors. Aldwinians held onto their 5-point lead with determined defending to take home the W. FT 22-27
Both teams have lots to work on but that’s to be expected after such a long period of absence from playing our beautiful game.
A special mention of course should go to four players making their Eccles 1XV debuts - Gaz Conlon in the 2nd row and #HomeGrown former Eccles Colts Dan Aspinall, Rory Motlhatlhedi and Jay Christey - who all made notable contributions.
Report: Sam Simpson
Photos: Chris Gaffey Eccles v Aldwinians Match Photos Link 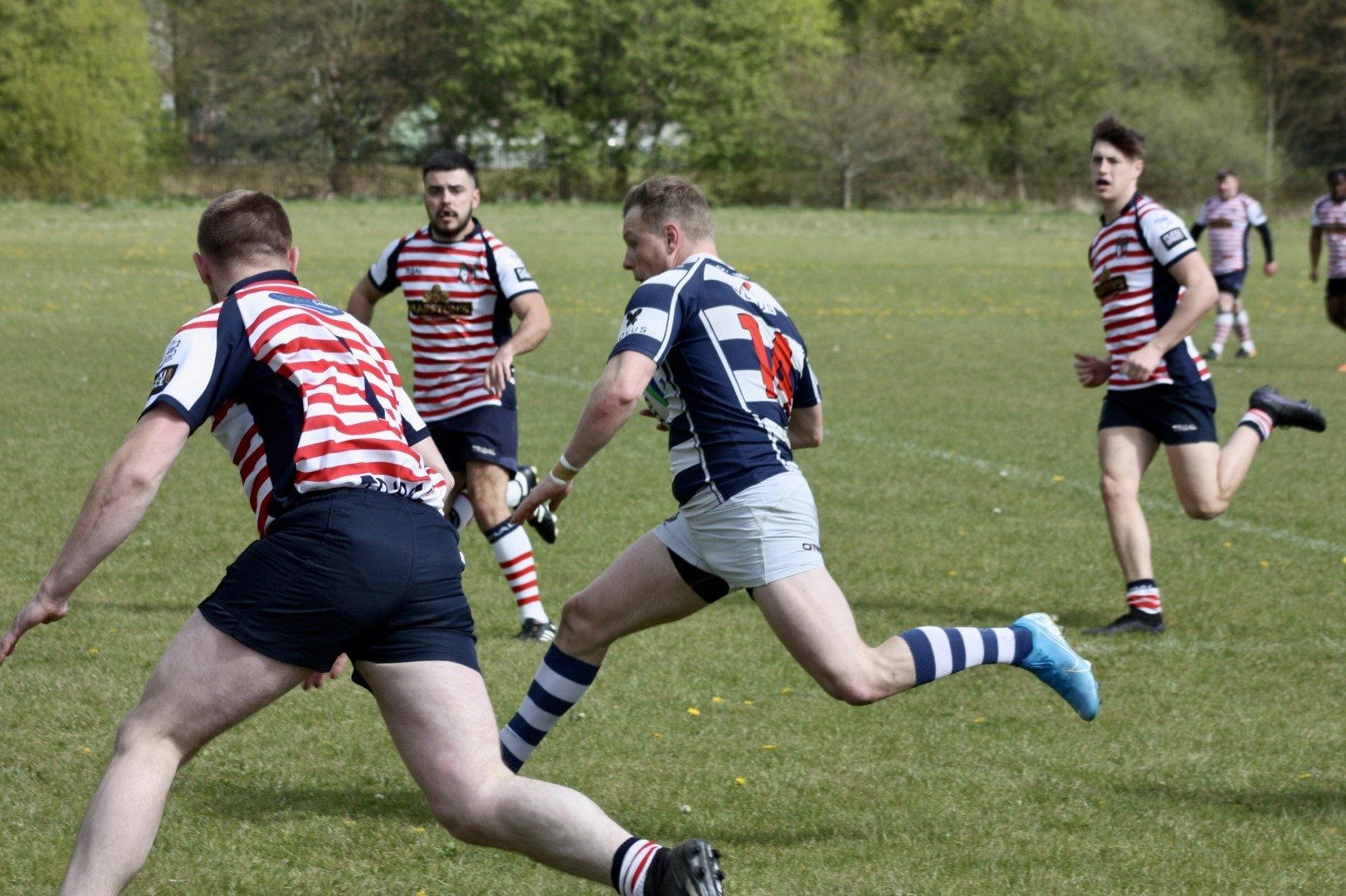 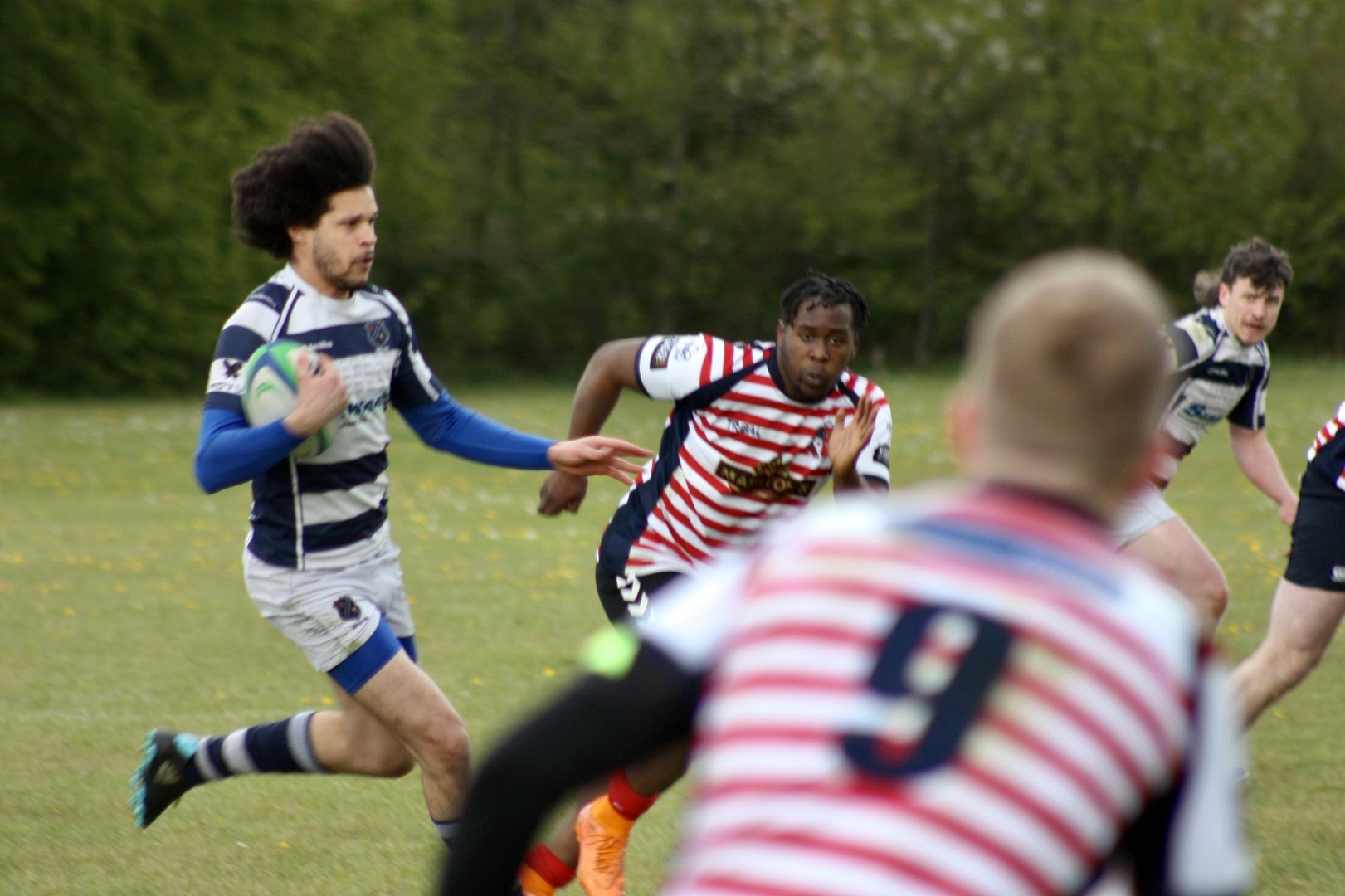 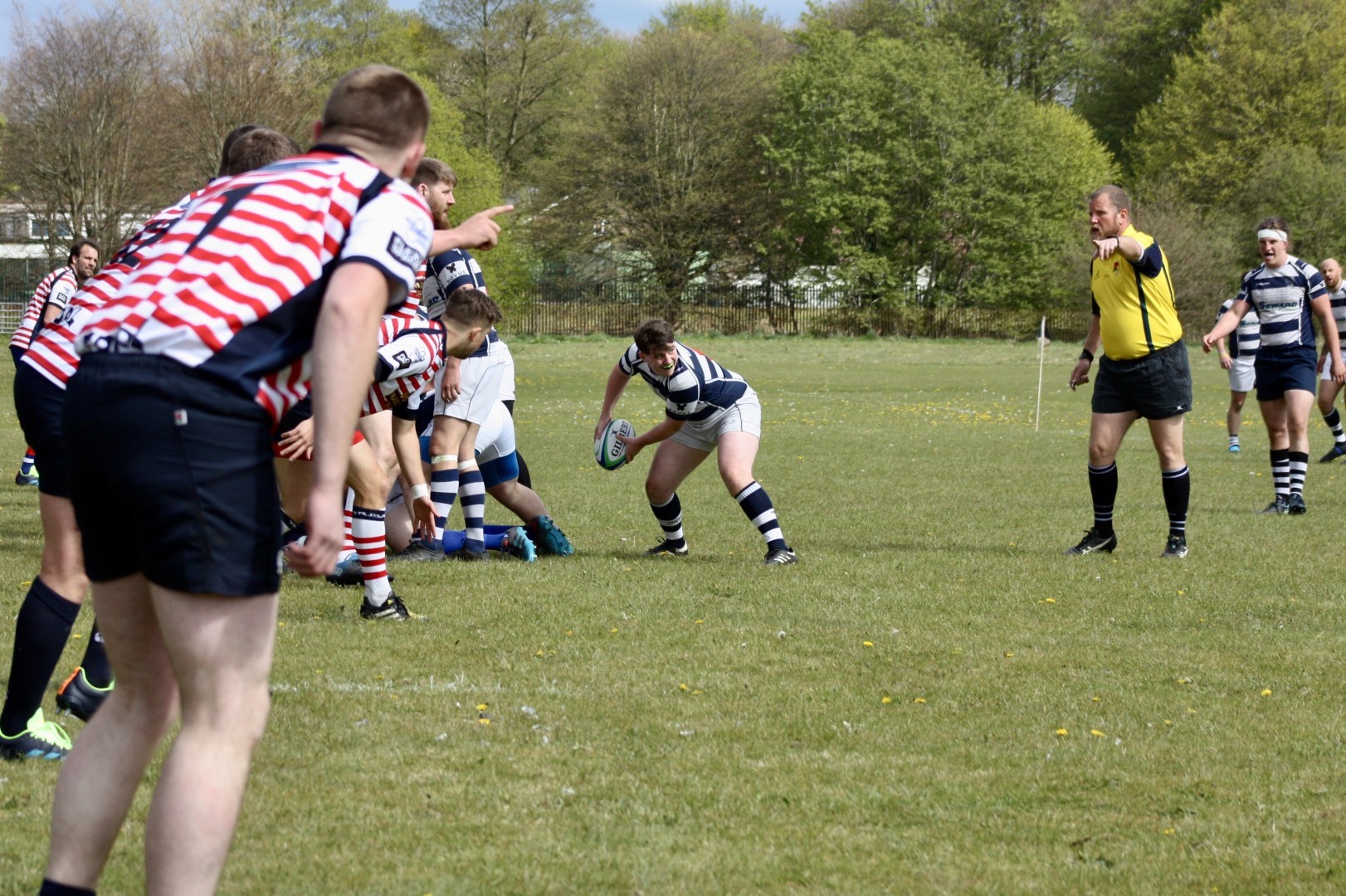 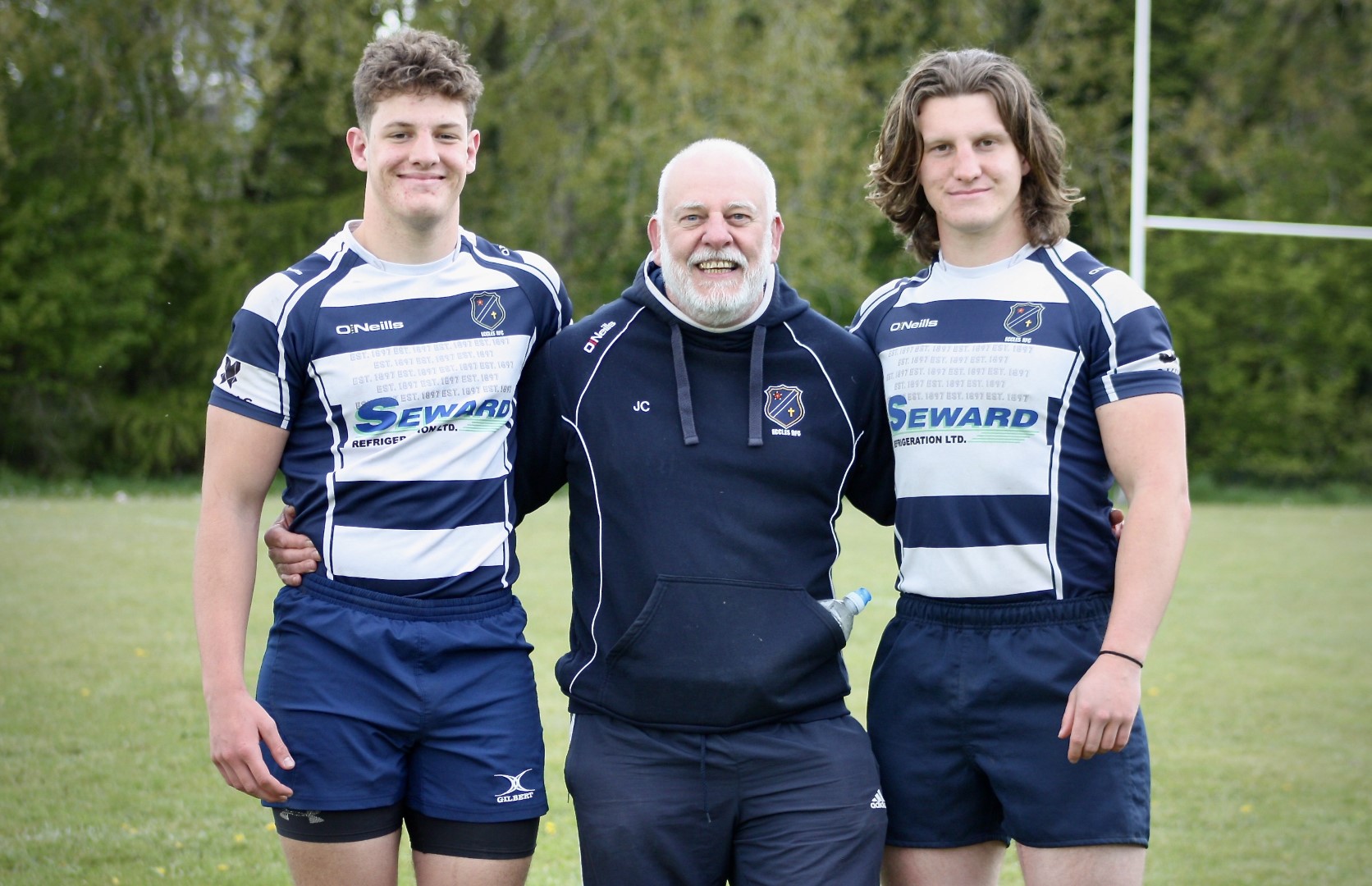 ALDWINIANS 2XV 19 - 28 ECCLES 2XV
The Eccles 2nd team formed up on Saturday for their first game since the recommencement of rugby. Ironically their last game pre-pandemic was also at Aldwinians where 11 Eccles players and 1 loaned opposing prop  bravely held their own and did the club proud against a full Aldwinian 2nds team.

Today nineteen 2’s showed up in a fit, fresh and street-smart squad featuring players from the clubs past, present and future all focused and ready to take on the 25-strong squad of the hosts.

From the off the forwards led hard and direct at the Aldwinian pack, this created some sloppy drops, turnovers and passing from both sides as they found their feet. It was apparent early on though that the Eccles team wouldn’t allow their opponents, who enjoyed a noticeable physical advantage, an inch of space.

It took Aldwinians 15 mins to go over the line after some heavy forward work, they missed their conversion and game settled into a contest of forwards (and angry backs) slugging it out in the middle of the pack until the 35th minute when Oates and the McGuigans linked up with Tim Balogan who bolted down his wing and scored. A Jimmy McGuigan conversion gave the lead to Eccles at 5-7.

More ping-pong rugby continued with Reed, Lillie, Owens and Hibbert standing toe to toe with the opposition front rows until moments before HT when Aldwinians scored from a genuine knock on in the corner to take it to 12-7. This served to energise the Eccles pack for the second half.

With 3 changes made, the second half got underway. The Eccles pack set the platform in the middle of the park for the backs to come alive and utilise every available player, with the ball finding its way to Tim Balogun who danced his way through the defence to stretch the lead to 12-14. Another interesting converted try for the hosts bought the score back to 19-14.

As the bigger Aldwinian pack tired, Eccles enjoyed 6 continuous penalties which ultimately led to some bullet speed back line ball movement down the full line to again, you guessed it, Tim Balogan who darted back inside and sliced through 6 players to score. A calm and effortless conversion again by Jimmy McGuigan took it to 19-21.

As the final quarter started, Twiggy picked up the ball from a forward press on the opposition 10 and danced clean through their defence all the way to the line to score to the shock of everyone present! He’ll dine out on that one for a while and rightly so! McGuigan converted.  With the scores at 19 - 28 Aldwinians freshened their squad with a new forward pack and pressed into the Eccles 5m for the last few minutes. Held up twice and with the discipline slipping, the referee blew to end the match. Eccles claim the deserved away victory and every single player out there can hold their head high.
Report: Naithan Ariane
Photos: Ian Mancunian Media Aldwinians 2xv v Eccles XV match photos link 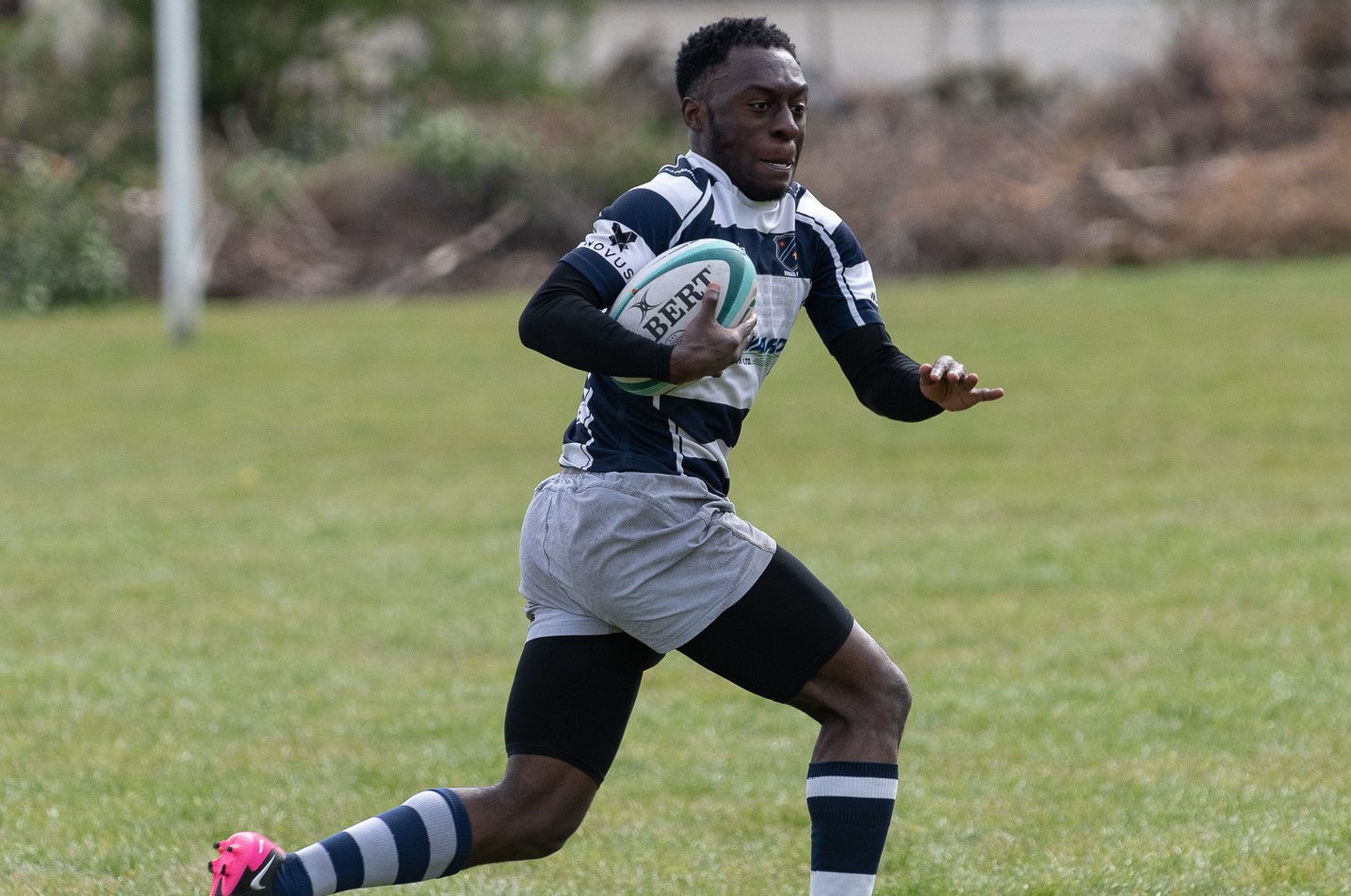 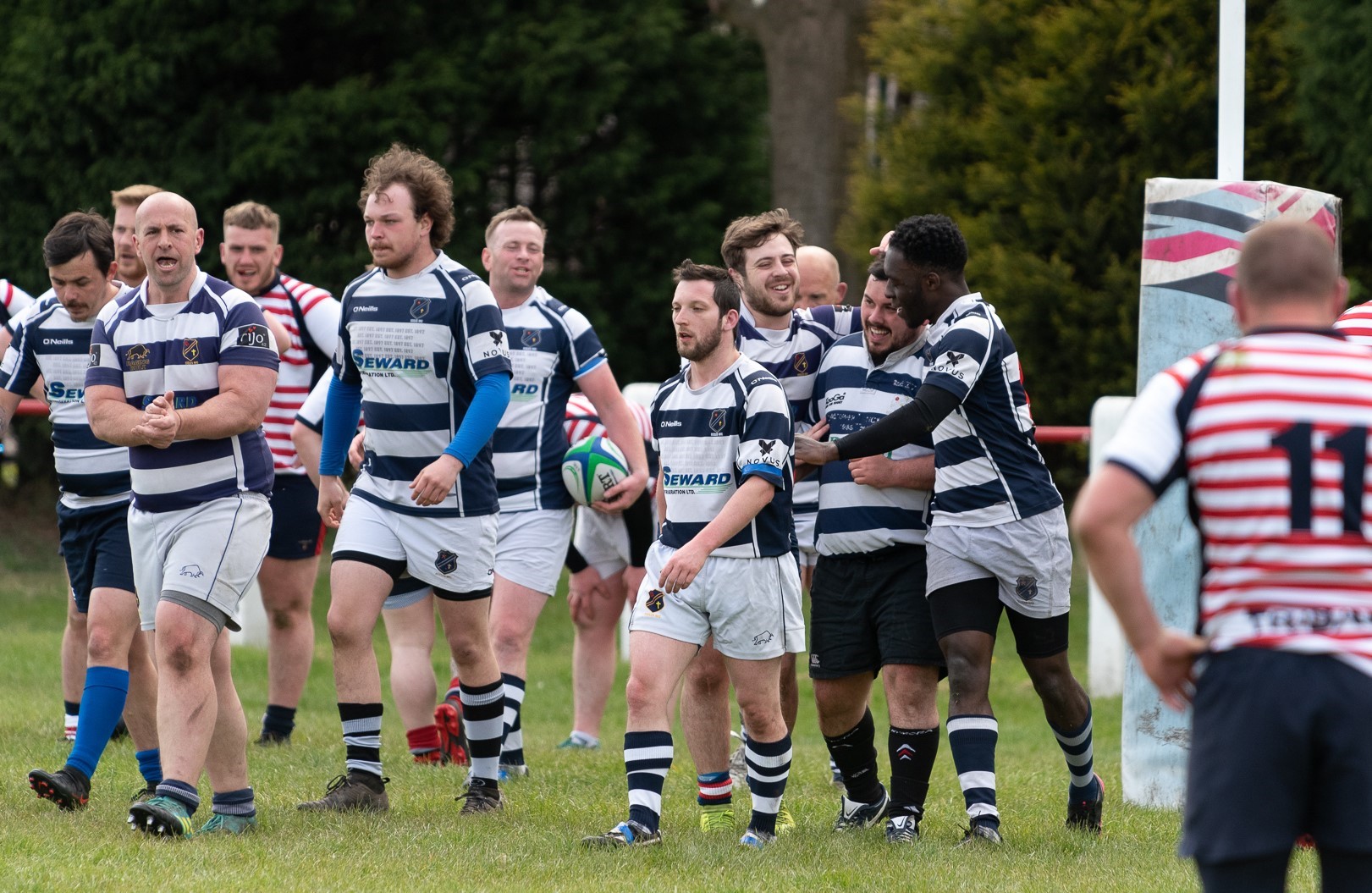 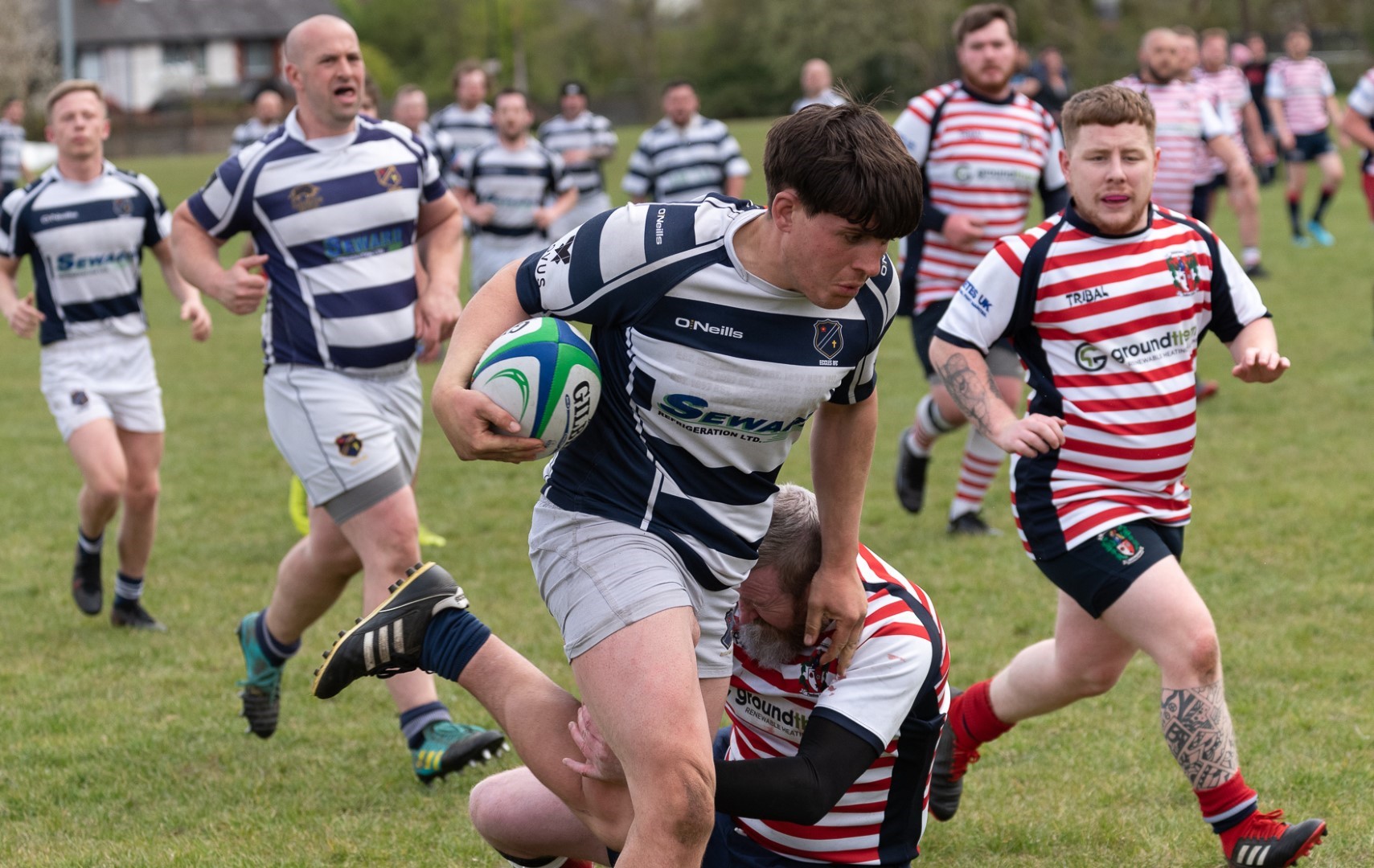 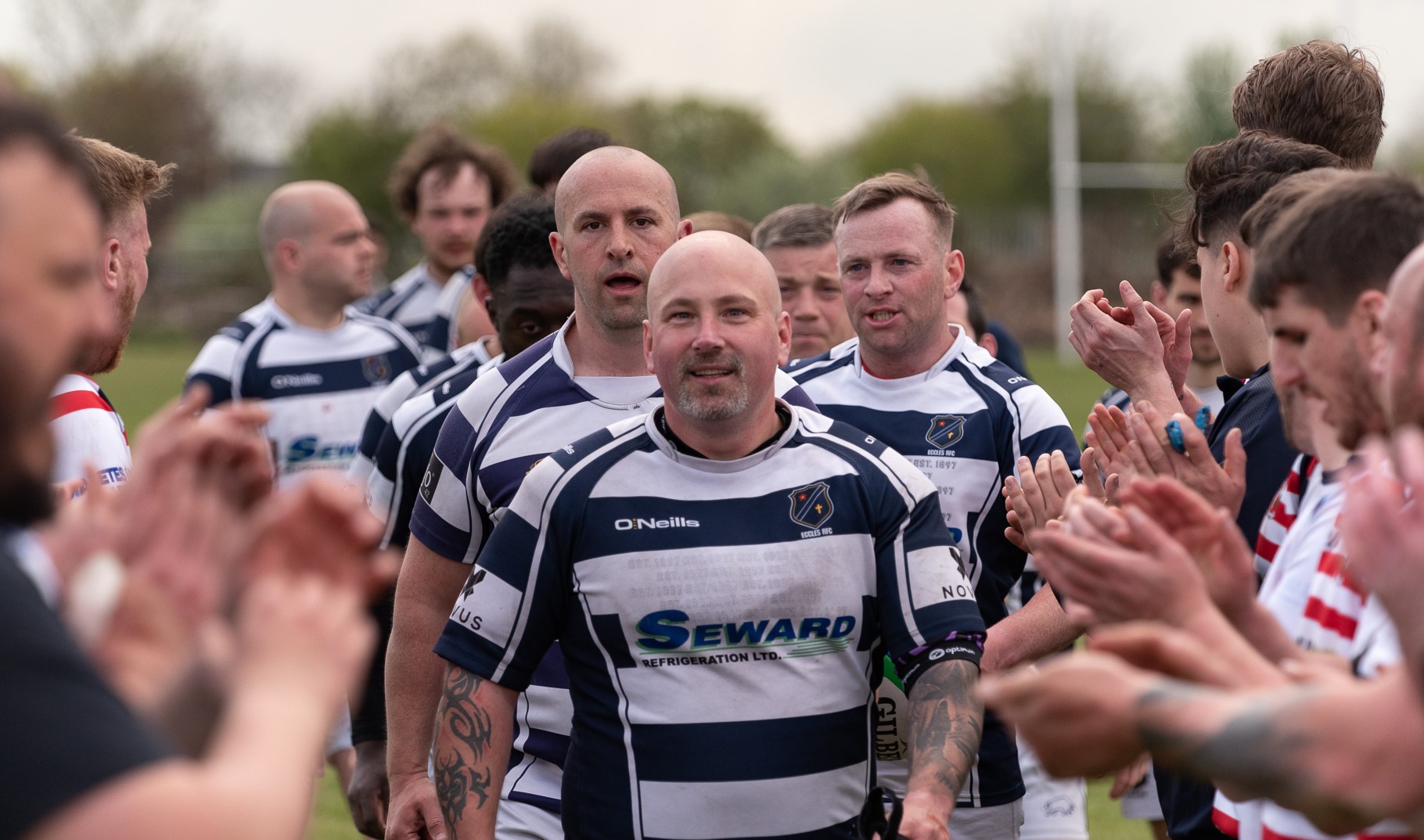 After a mere 413 day wait our new Junior Colts team finally got to play a fixture!

The frustration of last season’s Lancs plate competition being cancelled when we had a clear route to the final had finally faded away and the lads were just delighted to put on a shirt and get their studs inspected for a game.

Warrington are a tough team we have never beaten, worthy opponents who have been regular Lancashire champions. After such a long break we were worried that we might crumble and let in a flood of tries.

Early fears gave way to optimism, as despite their excellent speed and strength, discipline let them down as they gave away penalty after penalty. But their defence was strong, so after 8 minutes we took the posts with Will B giving us the first points.

For the rest of the half it felt we were camped out on their 22, but with the new rules couldn’t find a way through. So at the stroke of half time we took the posts again, with Will B scoring to take us into the break 6-0 up.

Warrington came out stronger after half time and put us under some real pressure, We recovered and went back into their 22, but a solo breakaway led to a Warrington try giving them the lead 6-7 after 52 minutes.

History repeated itself 5 minutes later with another breakaway, giving Warrington a 6:14 lead.

Discipline was still an issue for Warrington, and after being sent back 10 yards for the second time two players were yellow carded for dissent within a few minutes of each other, Eccles pushed forward to take advantage of their numbers but couldn’t quite make the score. Two promising attacks both led to fumbles inches from the line.

With just a minute left Eccles went for the posts again to keep the game alive, Will B scoring to make it 9:14. Now the lads had to receive the restart and keep possession to go for the win.

Despite keeping the ball Eccles couldn’t find the elusive try, and after a gruelling 10 minute last play finally lost possession.

The Lads can take a lot away from this, we gave probably the best team in Lancashire a real contest. One that surprised and rattled their players who are used to steam rolling all before them. We just need to practice finishing attacks under the new rules and improve our set pieces.

If we can keep up this level of play for the rest of the 5 match season, we will be in a great position for next year’s Senior Colts campaign.