What is Walking Rugby?

Walking Rugby is a relatively new sport, which is proving very popular with the over forties. It's an enjoyable way to add some light-hearted exercise into your weekly routine.

Walking Rugby is a fun team game that is accessible to people of all ages and abilities. It is attractive to both ex-players and those who are completely new to the game. Walking Rugby is a much simpler version of the traditional game of rugby. It is much less physical than a standard game of rugby, the aim is to participate, compete and most importantly, for players to enjoy themselves.

All sessions start and finish with some gentle warm-up and warm-down exercises to help with overall fitness levels. Sports enthusiasts will enjoy the pace and competitiveness of the game, while former rugby or netball players will welcome the flexibility walking rugby offers. As the name suggests, players must walk, not run but it can still be played at a good pace.

Walking Rugby is a game for both sexes, all abilities, and is suitable for anyone over 40, but any age is welcome. As it is a competitive passing game, it is particularly suitable for ex-Rugby and Netball players, injured and rehabilitating current players and those interested in Rugby but without any experience of playing. Walking Rugby is a great leveller. Players don’t need to be fit but participation will improve your fitness.

Walking Rugby takes place at Eccles RFC on Monday evening and runs throughout the year.

How much is it?

Match Fees are just £1.00 per session and your first time will be free. At the end of each game the bar will normally be open.

What do I need to know?

What do I wear?

Players are encouraged to wear comfortable clothing that is easy to move around in. Our new 3G pitch surface requires studded boots to be worn. Flat soled trainers are not permitted. Jewellery must be removed before play begins. To distinguish between teams, each team is given a different coloured bib.

Are there any health requirements?

Walking Rugby is played at a pace that suits people of all physical abilities and limitations but as with any physical activity, doctor’s advice should be sought prior to participation if in doubt. Walking Rugby has been adapted from traditional rugby to meet a wide variety of fitness levels, which is part of the reason it is so popular.  To play comfortably, you need to be able to walk easily, throw and catch a ball.

How much does it cost?

Eccles RFC Walking Rugby membership for the seaosn is just £25 and registration and payment should be made via the GMS links on the website membership page.

So now you know more about Walking Rugby, what are you waiting for? Get down and take part in a game. 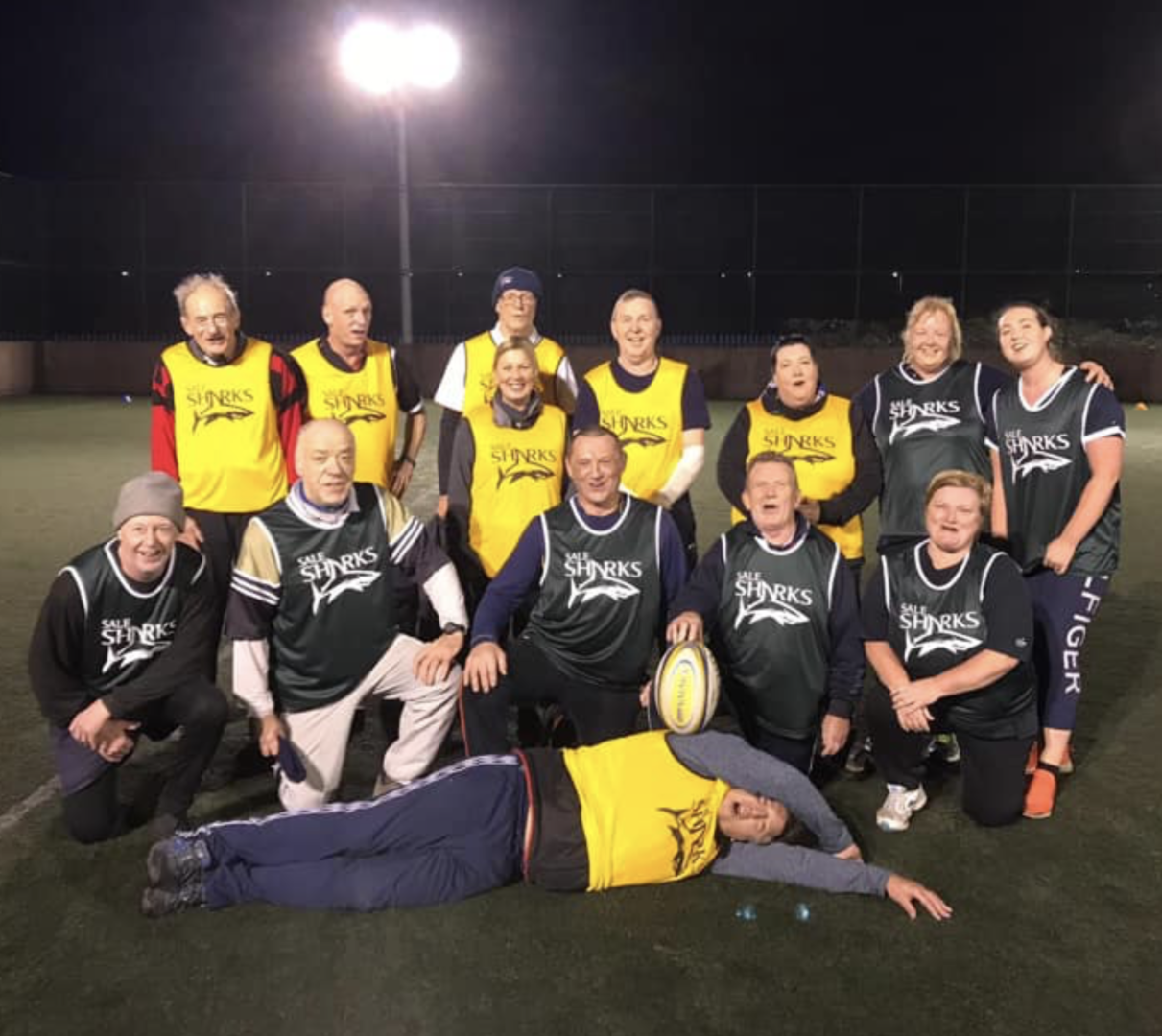