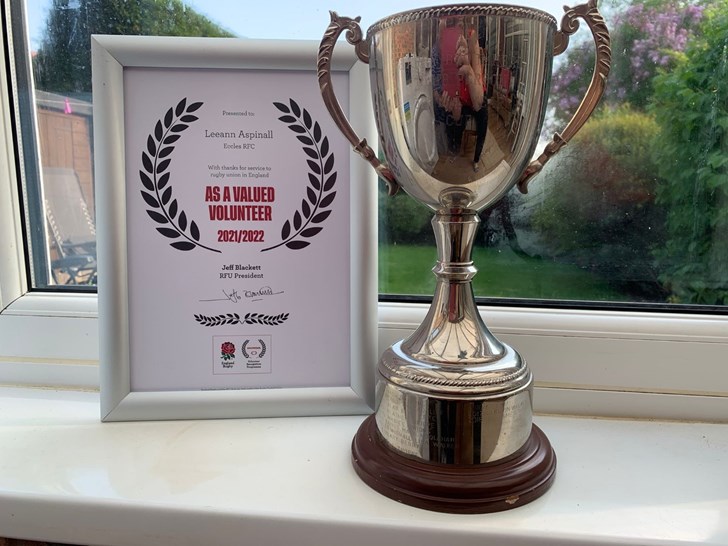 At Saturday night's marquee diner dance, the marvellous success of our club's re-invigorated Mini & Junior section this season was recognised, when Danny & Rachel Nicholls were awarded the Christopher Tickle Shield for their outstanding contribution to developing our age-grade rugby over the past 12 months. Considering that children were denied participation in contact sports for almost 2 years due to COVID restrictions, the growth in our player recruitment, with over 100 new mini and juniors joining the club, and the increase in volunteer coaching and management support for our 12 teams is admirable and a testiment to their infectious enthusiasm.

Also recognised for her outstanding contribution to the smooth operation of the flourishing Mini & Junior Section is our magnificent M&J Fixture Secretary, Leeann Aspinall, who was awarded the Harry Broomhead Trophy. Returning to Rugby his season, we've witnessed the consequences of COVID as clubs found they were unable to feild teams or fullfill fixtures due to the loss of players. Each week, Leeann juggled these headaches, finding and securing replacement opponents for our teams often at short notice, ensuring all our M& players had games. If this wasn't already enough to administrate, Leeann also served as a North West Colts League Secretary. Leeann's unwavering commitment to our club and to rugby in the region was also recognised by the RFU at a presentation hosted at Firwood Waterloo RFC on Sunday, where she recieved a Honda Volunteer of the Year Award for services to Rugby Union. This is the second consecutive year an Eccles RFC volunteer has recieved such an accolade and is great tribute to the continued voluntary effort and endeavour going on at the club.

Congratulations to Leeann, Danny and Rachel on thier fully deserved recognition and awards.

A great team effort from all involved in Eccles Mini & Junior rugby this season. 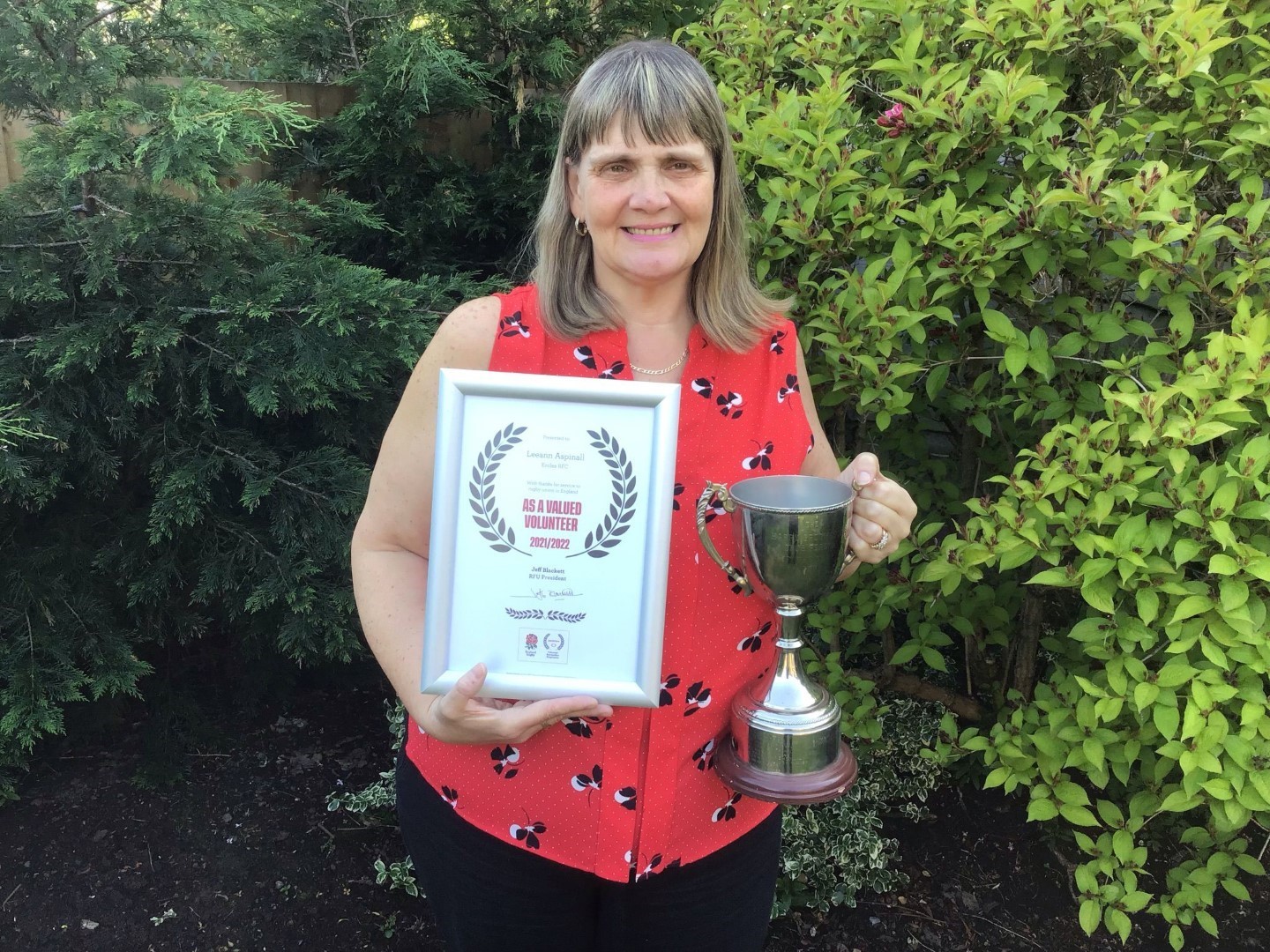 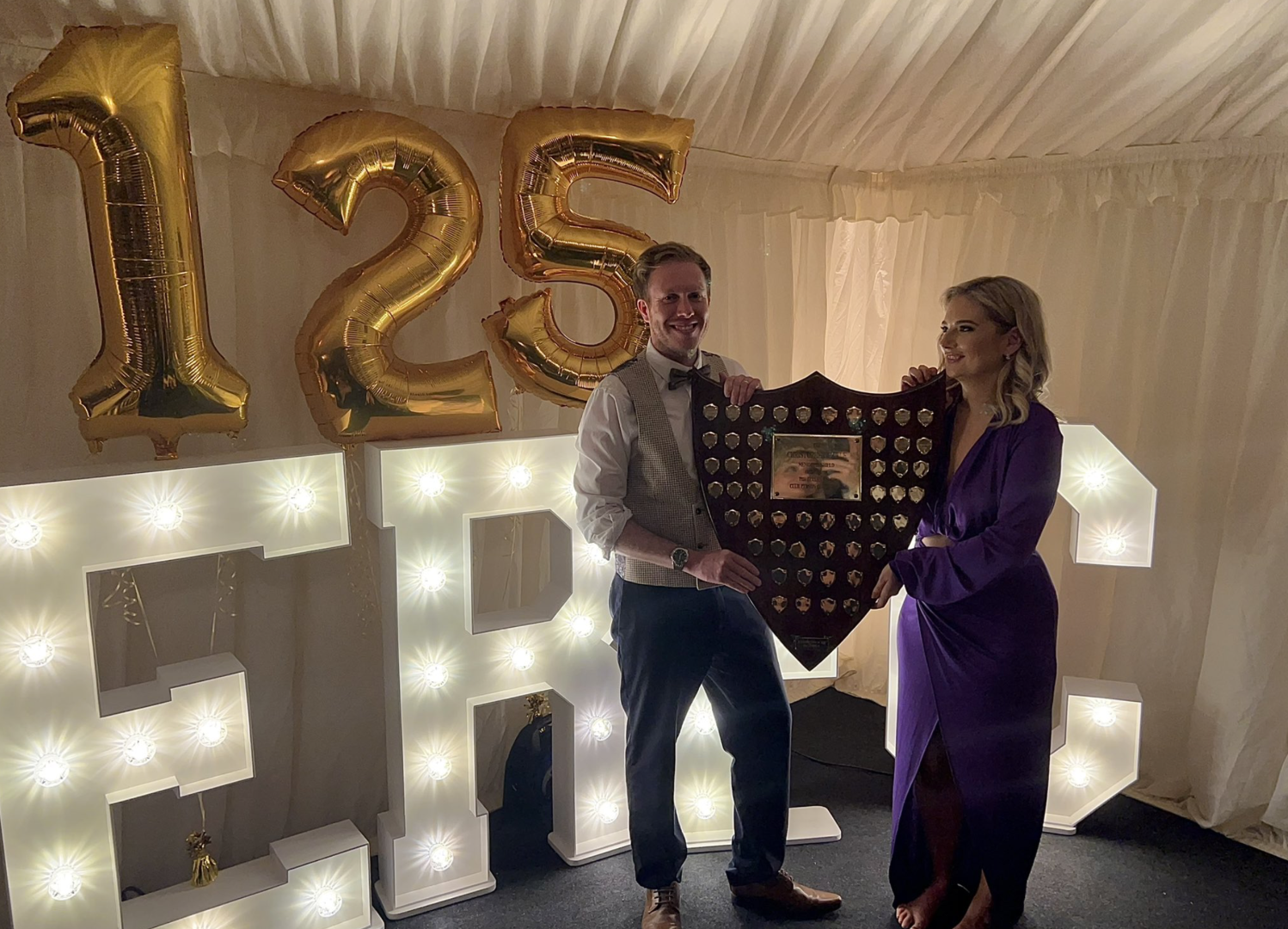