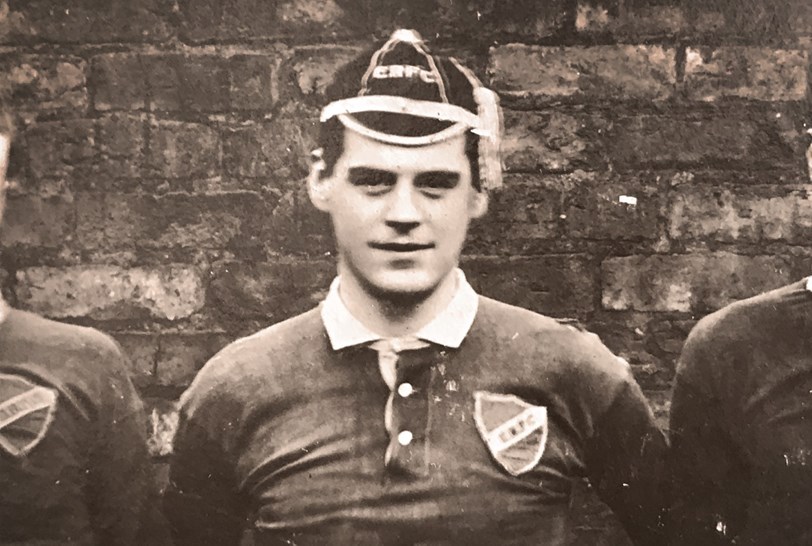 Before World War I, before we played on the fields of Peel Green, Eccles Rugby Football Club played in green jerseys.

The old team photographs between 1897 and 1910 show that the club’s playing identity was consistent during these early years. However, the hue could only be speculated upon until research this week unearthed evidence which confirmed not only the colour of the shirts but revealed the fascinating achievements of former players.
In 1899 Eccles RFC took up occupancy of the old Barton Northern Union Ground and this advancement was emphasised with the first appearance of a club badge on the shirt, a dark shield with a diagonal white stripe emblazoned with the letters E.R.F.C. In 1902 the club moved 300m down Edison Road to a larger enclosure at the rear of the Rock House Hotel. The club was to remain here, on the banks of the Manchester Ship Canal, close to the famous Barton Swing Bridge & Aquaduct until 1914.
Before the Great War Eccles RFC were considered a formidable opponent, holding their own with the principle clubs of Lancashire and beyond, with several players selected for the County and enjoying good local support, with as many as 3,000 spectators for fixtures against opponents including Sale, Manchester, Broughton Park, Heaton Moor, Bowdon Rangers, Furness, Vale of Lune, Kendal, Preston Grasshoppers, Harrogate, Nottingham, Waterloo, Birkenhead Park and New Brighton.

In the 1903/04 season Eccles won 21 of 27 games making them the most consistent team in the Manchester district. The following year saw 23 victories from 30 games played scoring 399 points, the club’s highest tally recorded before WW1.  A report published in a 1905 edition of the Eccles Journal provides us with a vital detail of a rare defeat  "Manchester in red and white striped jerseys against the green jerseys of Eccles. The Eccles field is not an ideal football ground and its undulations are irregular and full of surprises. A ding-dong game won by Manchester by a goal and 2 tries to nil.”

This confirmation is supported with a second piece of corroborating evidence from the archives, some 33 years later, in a letter dated  21st September 1938 from Mr J Coatman, CIE, MA, of Broadcasting House Manchester, thanking Eccles RFC president Norman Shaw for his invitation to become a Vice-President of his old club and responding "I shall certainly look forward to seeing you play, but I am sad to think that the side will not be wearing the old green jerseys.” 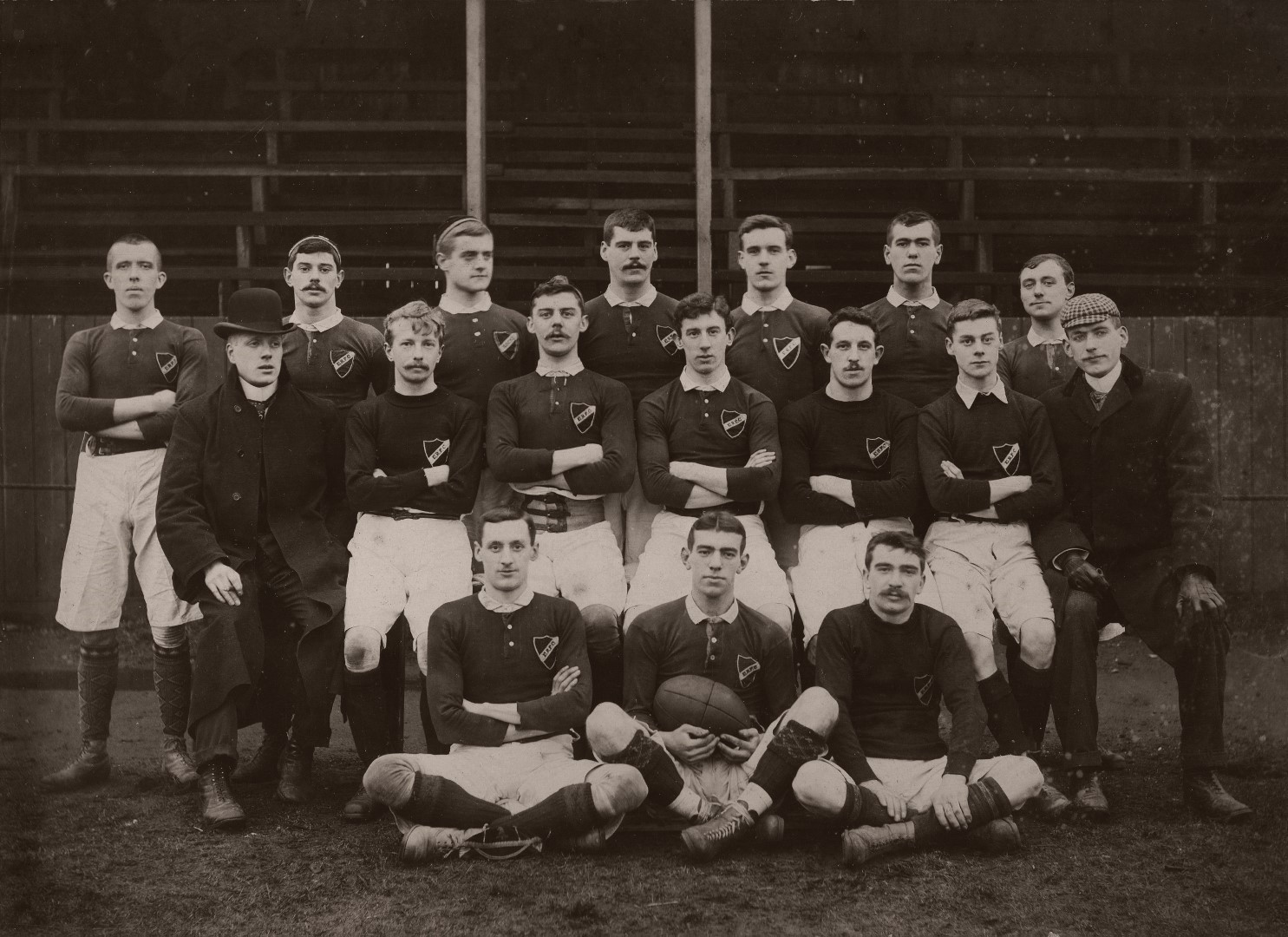 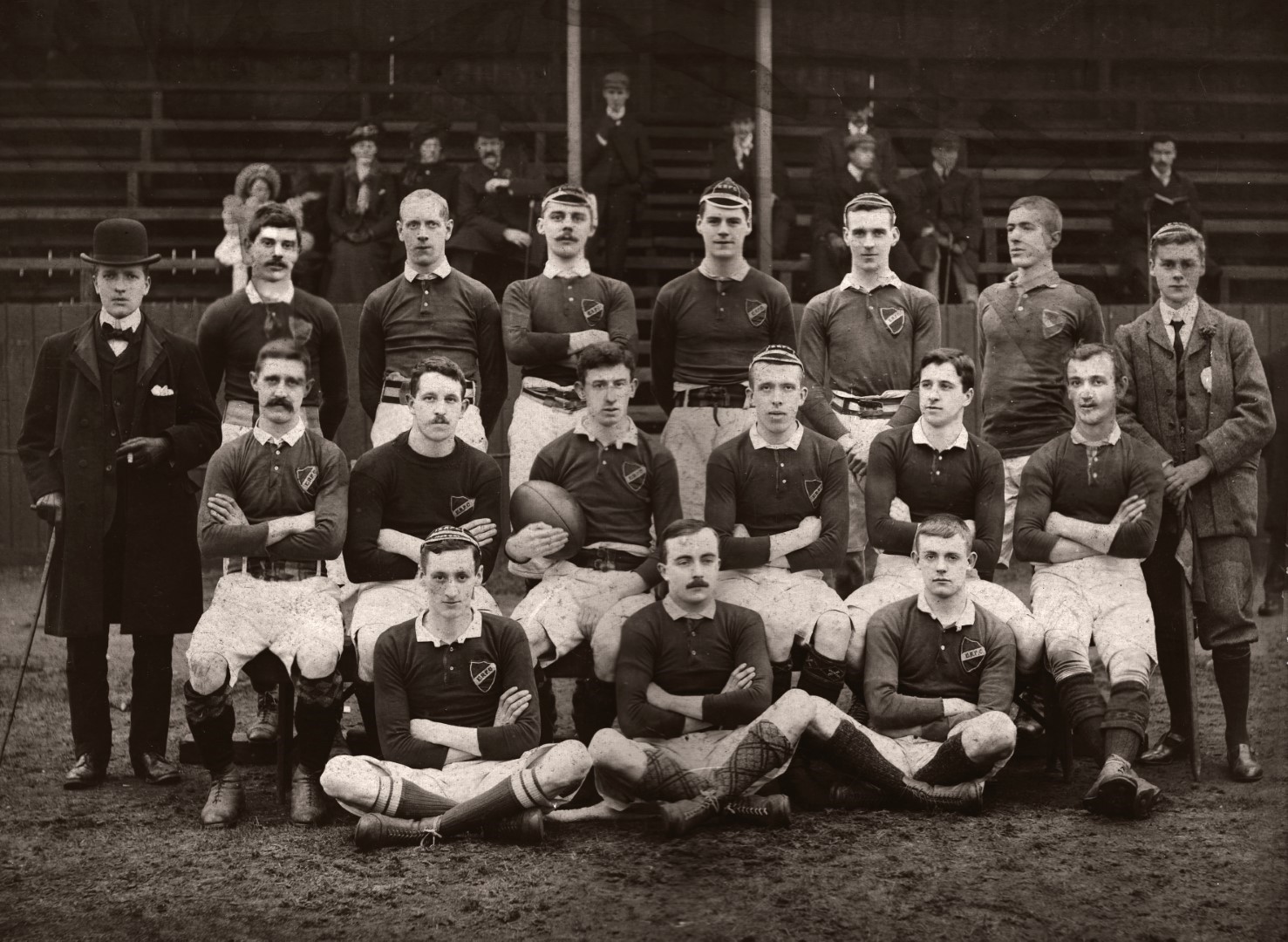 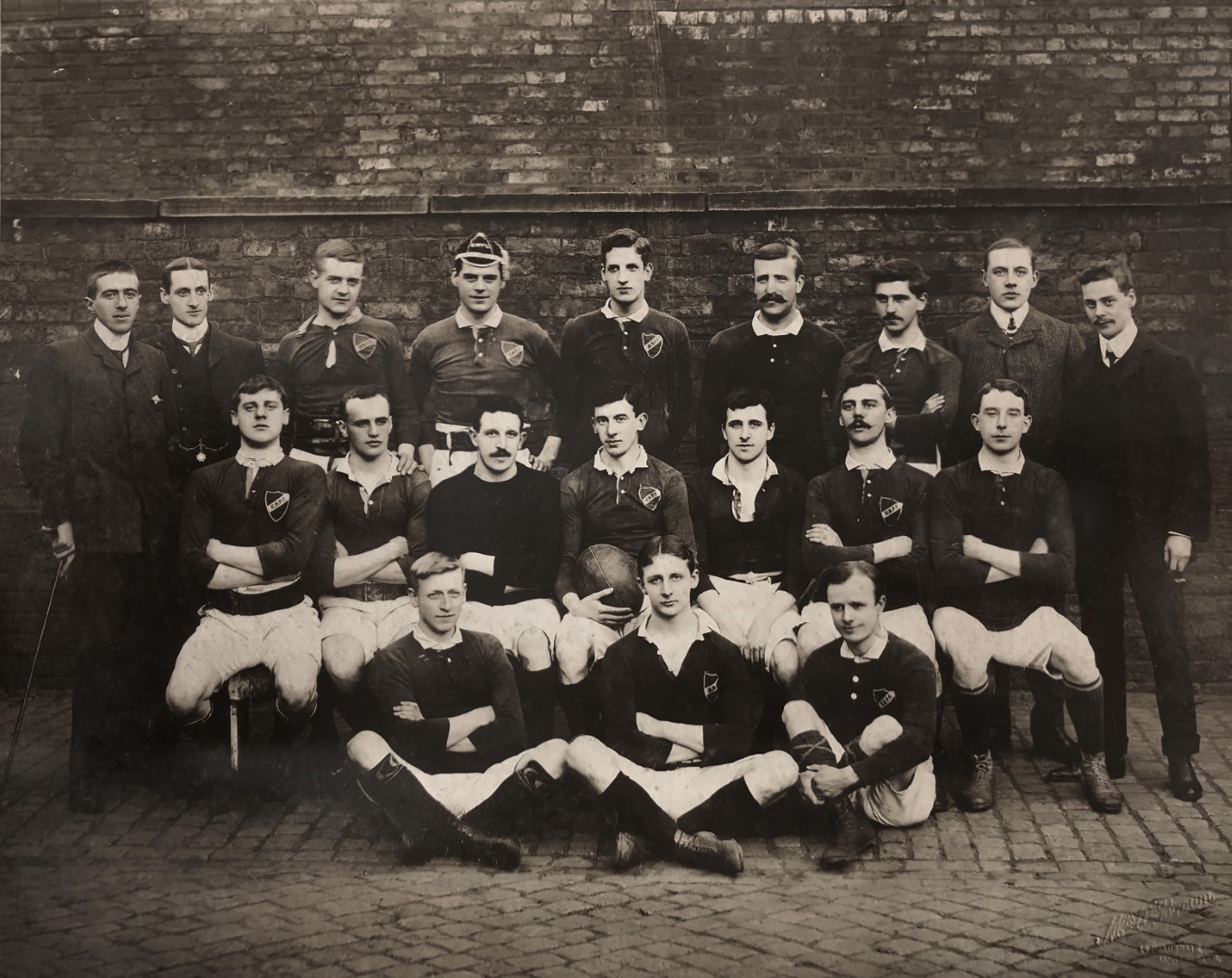 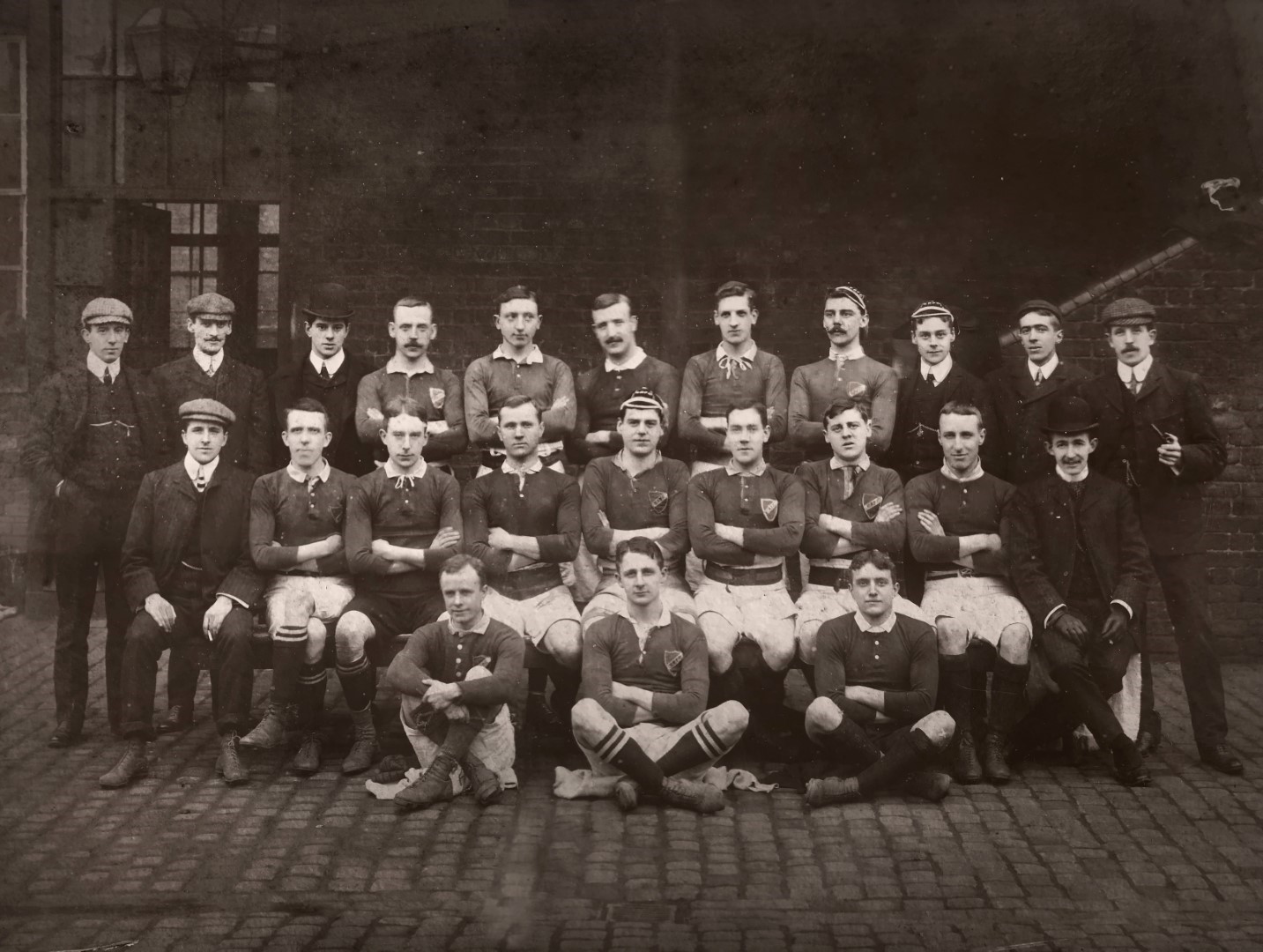 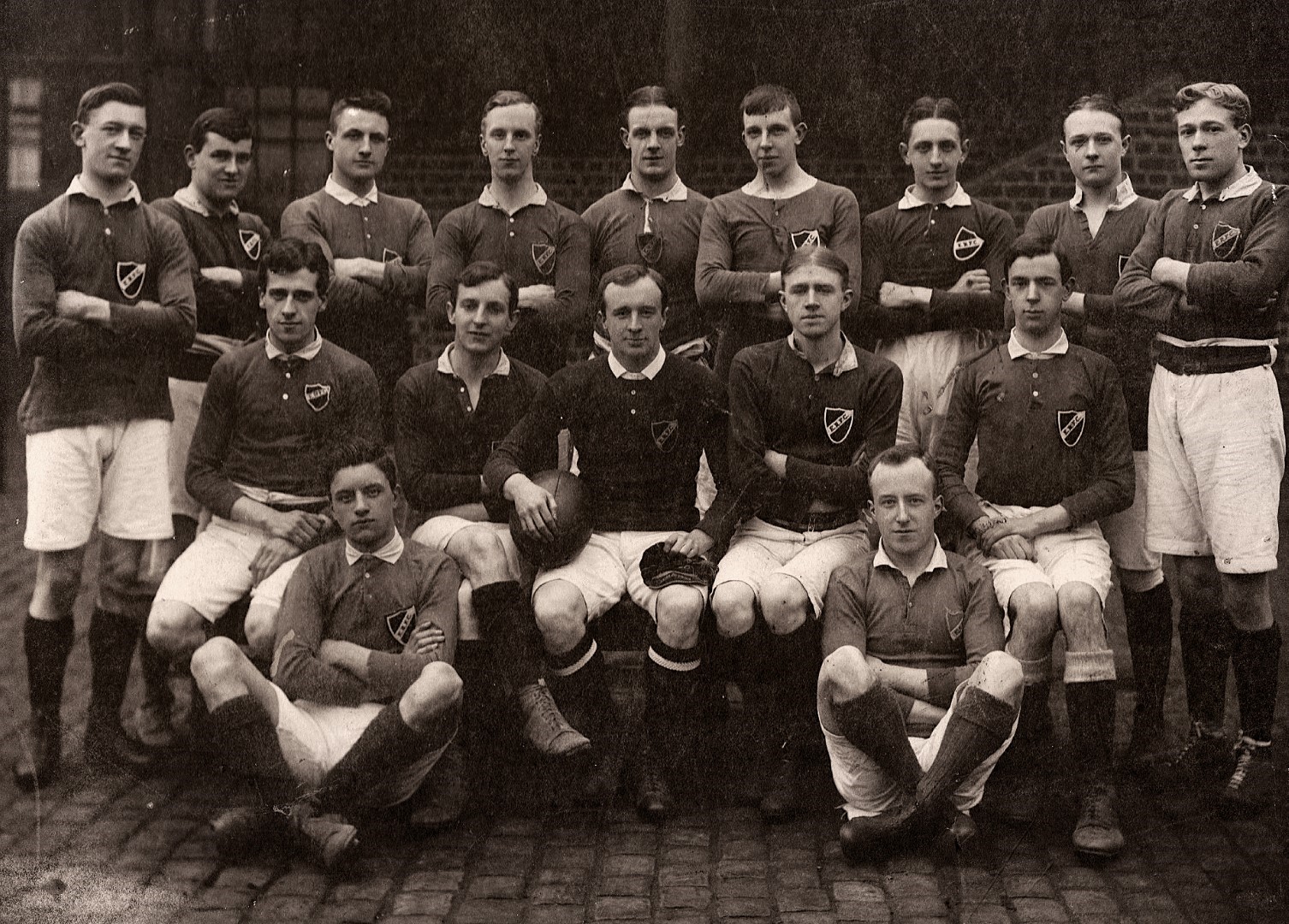 Stood 4th from the left on the 1904/05 Eccles team photo is a youthful John Coatman.

Born in 1889, Coatman was educated at Manchester Grammar School, at this time still at Long Millgate near Victoria Station with its playing fields at ’The Cliff’ Broughton. Coatman went on to study at Manchester University and in 1910, aged 20, he joined the Indian Police Service on the North West Frontier (Khyber Pakhtunkhwa) where he was to be decorated with the King’s Police Medal in 1916 and a bar added in 1921. In 1922, aged 33, he returned to England to study at Pembroke College Oxford, where he was Beit Prizeman. Upon graduating in 1926 he returned to India, where he served as a Member of the Indian Legislative Assembly and Director of Public Information for the British Government, under Viceroy Lord Irwin.

In 1929 John Coatman was made a Companion of the Order of the Indian Empire and the following year he took up a post of Professor of Imperial Economic Relations, University of London. In 1931 Coatman delivered a lecture on Constitutional Reform in India where he proposed the role of infrastructure and English as a common language had "created a nation out of a bundle of scattered and unrelated territories and set in motion the great forces of nationalism which no one could now control”.  He was an advisor and member of the secretariat during the Round Table Conferences between the British Government and Indian politicians, to discuss peace and self-rule of India, which lead to the Gandhi–Irwin Pact.  In 1934 Coatman was appointed Chief News Editor of BBC. As well as contributing articles to numerous publications including the Manchester Guardian he wrote ‘Magna Britannia’ and several other books on the subject of Constitutional Reform in India and the evolution of the British Empire as an expanding Commonwealth. In 1937 John Coatman was appointed North Regional Controller of BBC. After the war he took a Chairman role at Manchester University and then in 1949 Professor Coatman took up the position of Director of Research in the Social Sciences, St Andrews University. He died in Oxfordshire, 1963.... 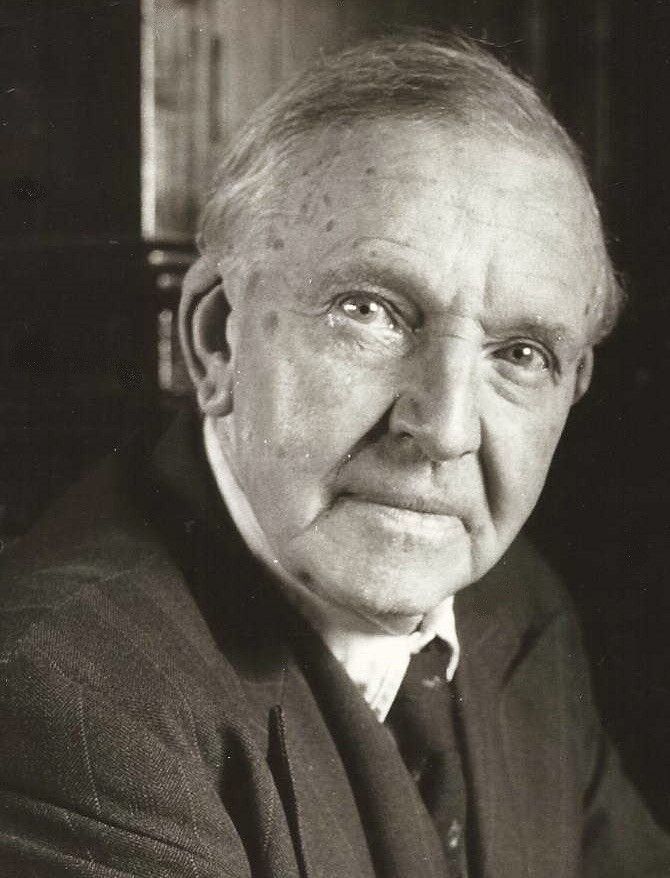 Stood directly to the right of John Coatman, 5th from left on the 1904/05 team photogrpah, is Charles Eric Forsyth.
Forsyth was born in 1885 and worked as a clerk for Salford City Council. He played rugby in the winter months for Eccles and was a champion swimmer with Salford SC. He played Water Polo for Lancashire and made his England debut in 1903 going on to captain his country. In Paris 1904 he won the 500m Freestyle World Championship. At the 1908 Olympics in London he scored 3 goals for Great Britain against Belgium in the Water Polo final to claim the Gold Medal! The 1908 Olympics marked the first occassion that swimming events did not take place in the open water and there is a clip of the final in the video below. CE Forsythe continued to play for Eccles until the outbreak of World War I when he served with the 1st City Ballalion of the Manchester Regiment. 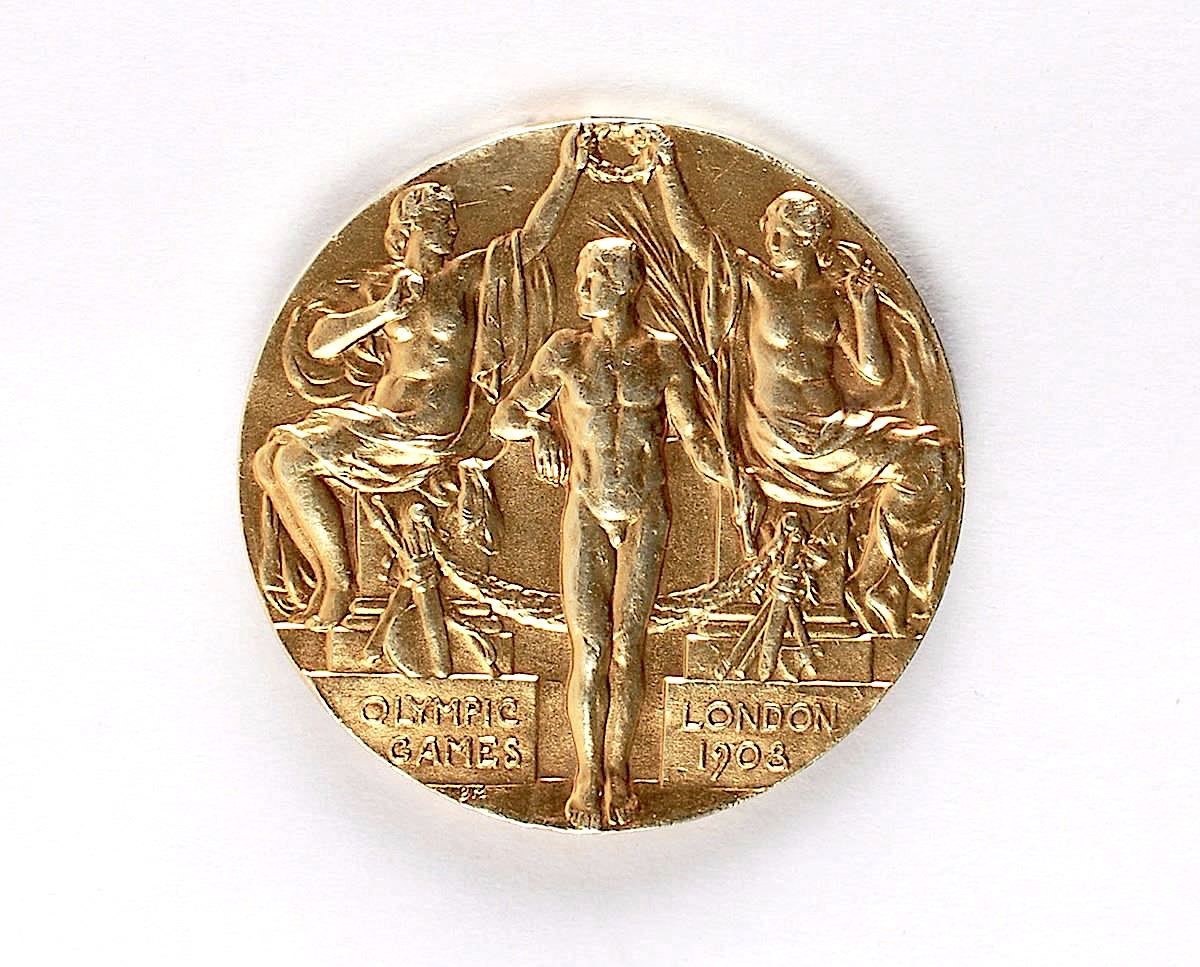 Sat directly in front of CE Forsyth and J Coatman, holding the ball and cap, is the Captain, Mr Herbert Smith, who also served the club for many years as Secretary and resigned from his position on the outbreak of war in 1914. Herbert Smith can now at last be added to his rightful place as the missing name for the 1904-05 season on the captain's board in the clubhouse.
So, when did Eccles begin wearing Navy and White hoops you ask? Well, that’ll be the next enthralling chapter! 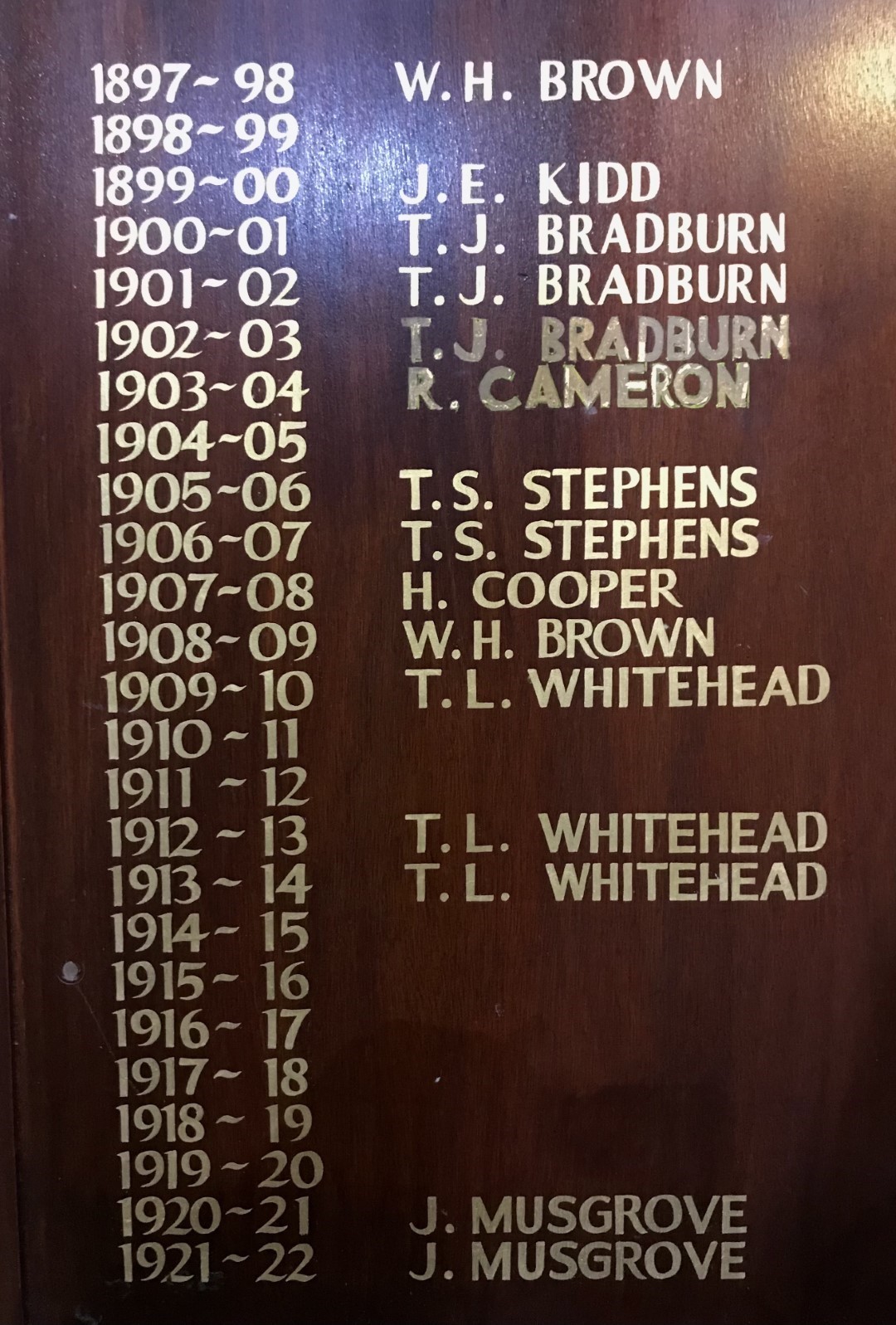