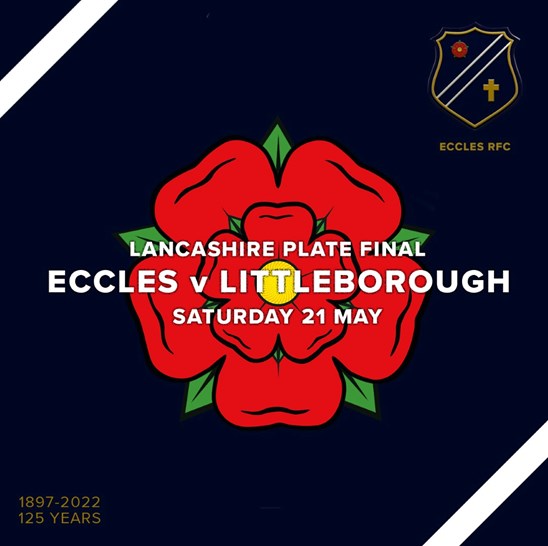 With 17 homegrown former junior and colts players in the squad, the Eccles 1XV fought back with four second-half tries, in a nail-biting contest, leaving it until the 74th minute to secure the victory and lift the silverware in the Lancashire Plate Final yesterday at Wigan.

The Eccles men got off to a bad start and were 0-12 down in 13 minutes. However determined, sustained attacking pressure saw them achieve a sequence of penalties and line outs on the right, from which a searching run from young winger Henry Talbot-Dutton initiated a breakthrough, with crisp passing across the pitch resulting in a try on the left for prop Ross Eaton on 30 minutes. 5-12. Approaching the interval Eccles made a great break in midfield through the athletic endeavour of their young back row with Walker, Thornton and Christey combining to kick, chase and drive for the line but a knock on at the breakdown had Littleborough off the hook 5 metres out. Eccles went into the break behind but playing with improved confidence and retaining better possession.
Eccles started the second half alert to opportunity, playing with more urgency and James Wright now at scrum half. On 42 Mins a quick tap penalty and a Si Donovan drive on the left was offloaded to the supporting 8, Adam Christey; the ball was moved across the pitch to Shea Skillicorn, fresh to the fight, who made powerful yards towards the sticks before putting in Gavin Ackers-Johnson who finished to take the score to 10-12. Th two opponants traded blows, toe to toe. Littleborough responded with a try of their own on 48 min and on 54 min, Eccles replied, with another another break from Shea, who was making a big contribution at centre, again offloading to Gav in support, who stepped inside his opponant and targeted the posts to dot down his second try, making the extra points easier for Chris Fortune to slot home. Back to a 2-point game 17-19. Littleborough had a man sent to the bin, but eager to take advantage, Eccles succeeded only in putting themselves in defensive trouble loosing possession inside their own in-goal and from the scrum penalty, Littleborough scored. 60 mins. 17-26.
Eccles responded from the restart and the match tension was turned up another notch at 64 minutes when, fullback Cammy Oates burst out of defencce and following quick, combative work to keep the ball alive, Will Parkinson broke up the left and Tim Bolgun was released on the wing, weaving through the tackles to race in and score. Converted. 24-26! Back to a 2-point margin and Eccles were now in the asscendancy.  Steve Lillie continued to be disruptive and destructive and play remained inside the Littleborough territory. An exciting finish was guaranteed with just 6 minutes remaining when Eccles were awarded a penalty in midfield. The skipper kicked cooly to the corner for the line out. Littleborough defended like lions, but the ball was popped out to replacement prop Connor White charging in and with Si Donovan latching on they drive through to score! Big roar from the Eccles faithful on the touchline. The try is converted with the ball just having the legs to drop over the bar. The last few nervous minutes were brought to conclusion when Eccles regained possession inside their own half and kicked to touch. A terrific final played with a great spirit by both teams. A great high to end the season!  FT Eccles 31-26 Littleborough (HT 5-12) 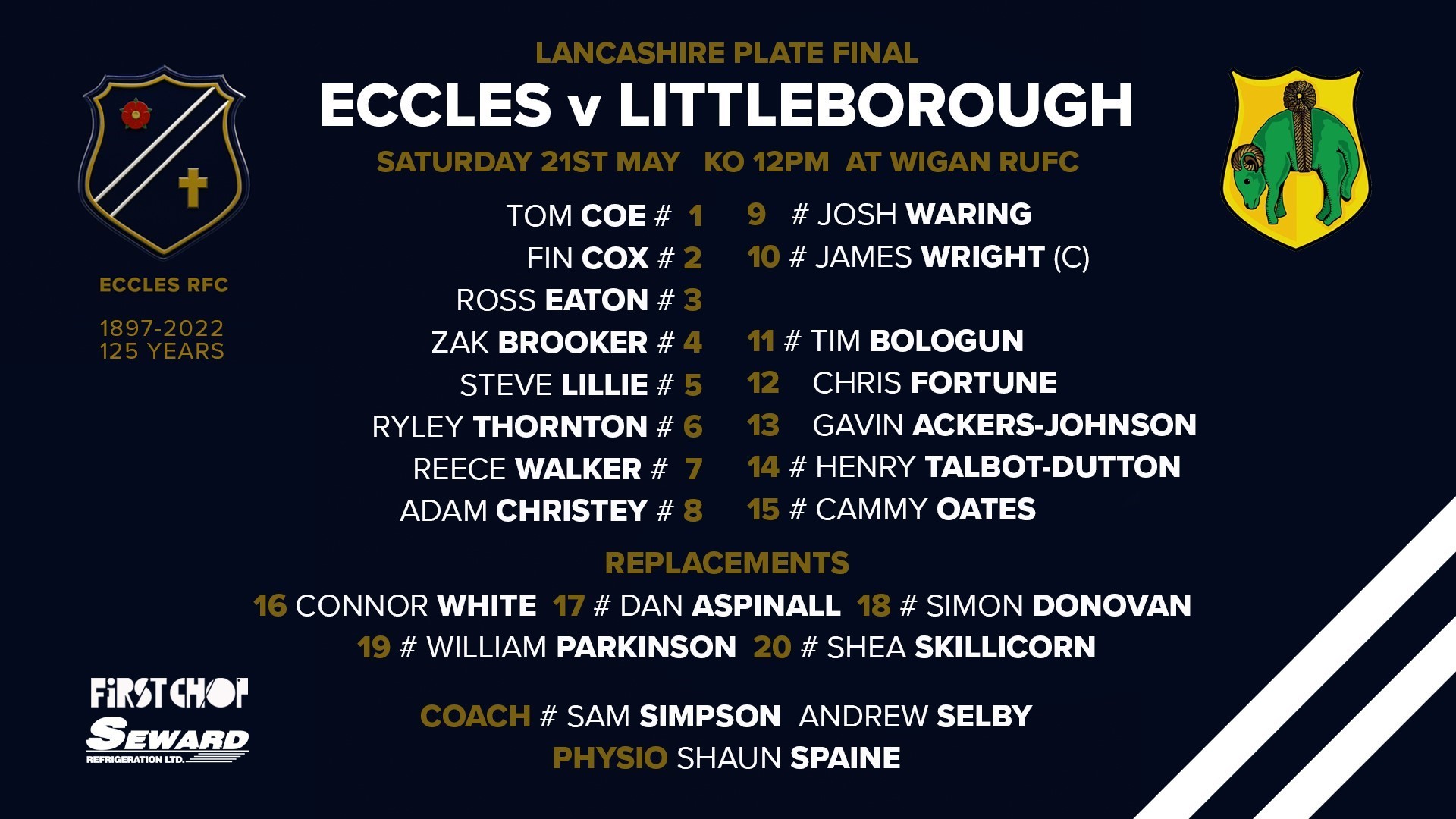 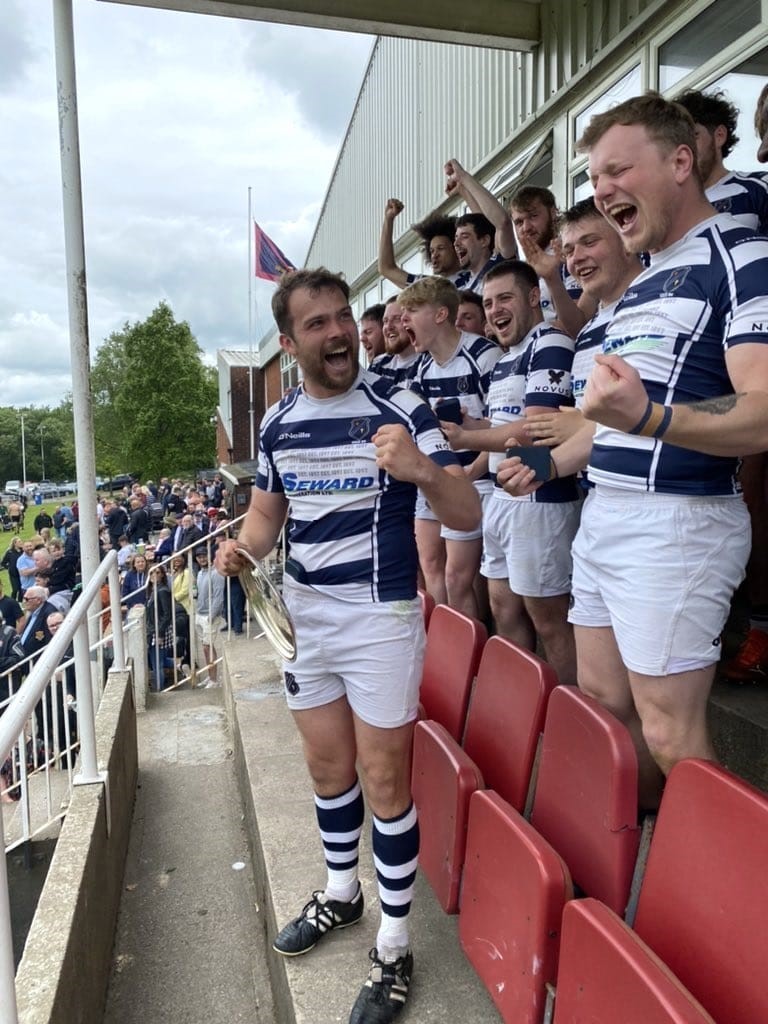 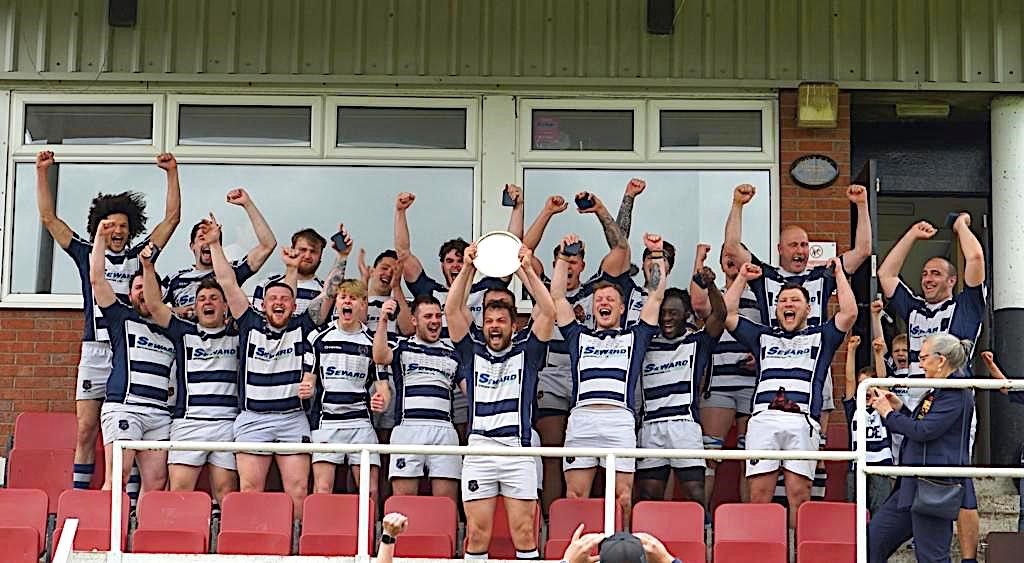 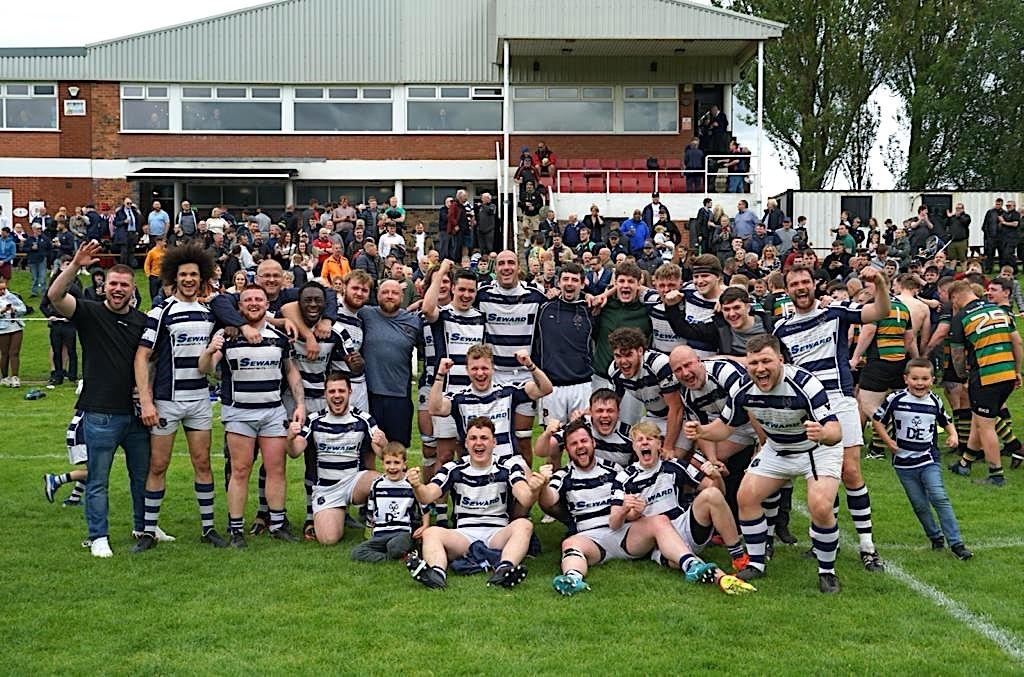 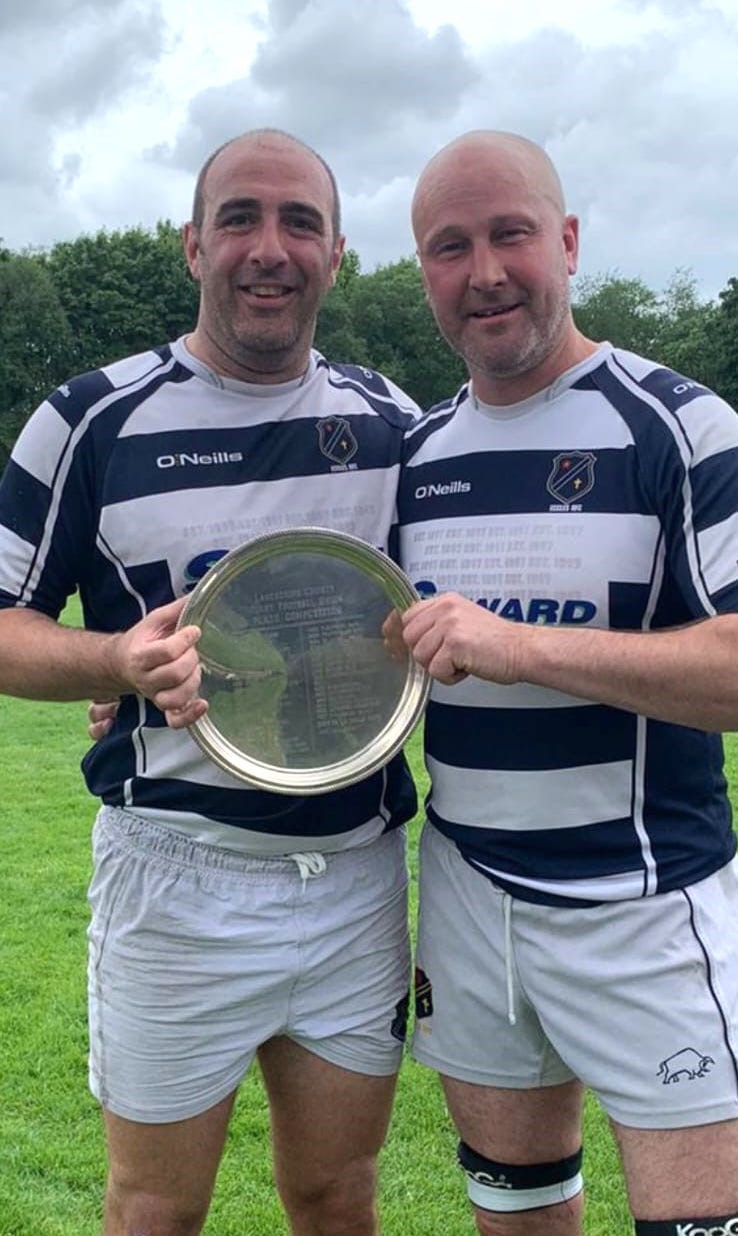 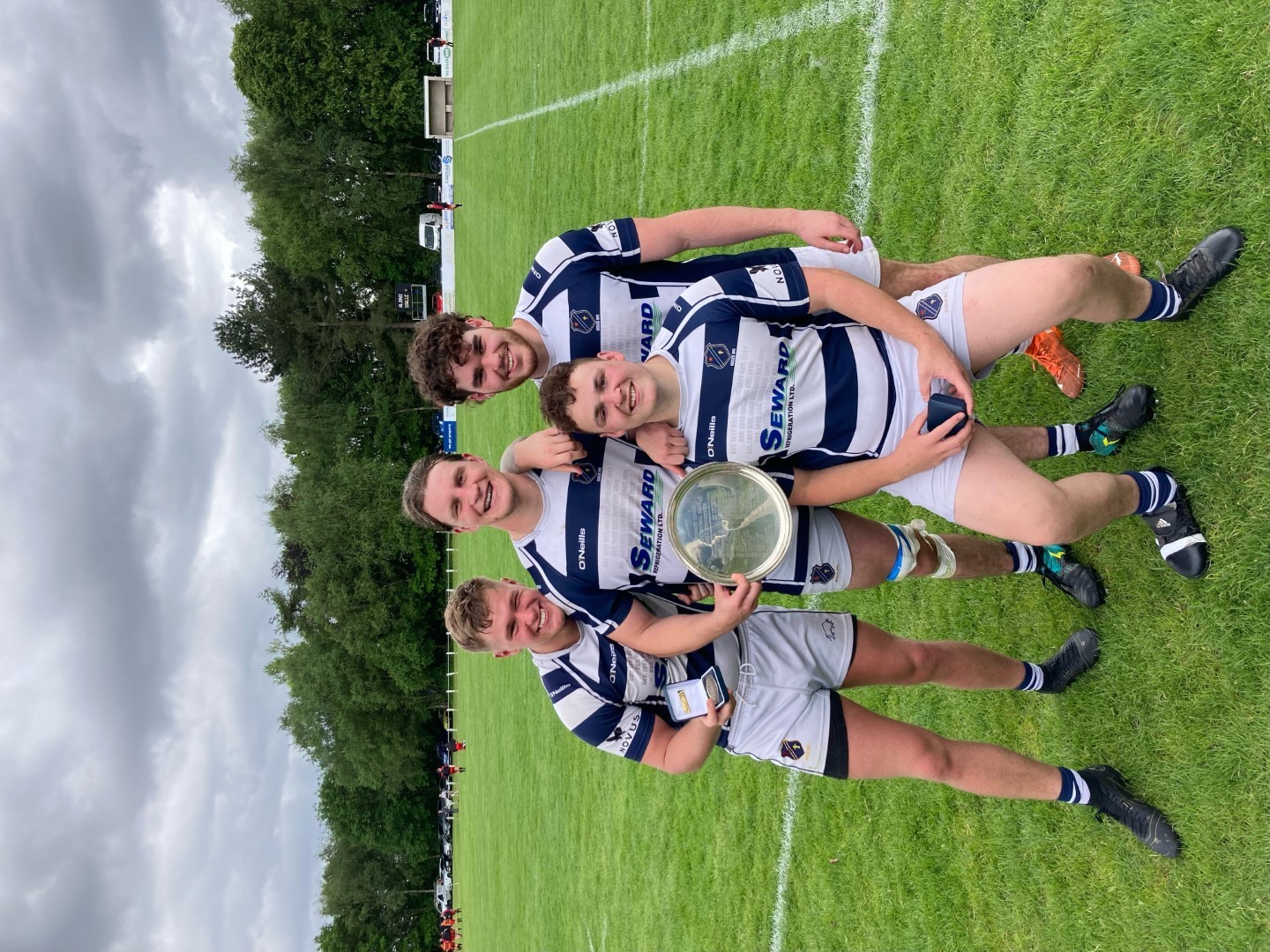