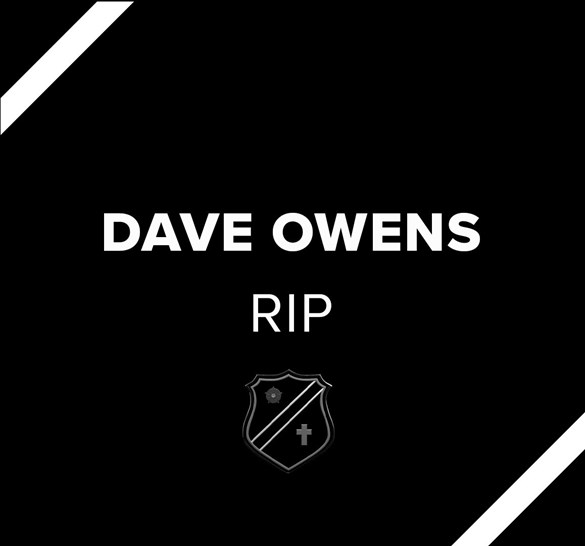 It is with great sadness that we hear our former player, Dave Owens, passed away on 10th January. It is believed Dave was receiving treatment for a breathing condition. The club extends its sincere condolences to Dave's family.
Dave attended Moorside school and played water polo at Swinton Swimming Club before joining Eccles RFC in the early 1960s. Dave played at Centre and Wing Forward for 1XV throughout the 1960s and later, in the 1970s, in the 2XV, 3XV and Vets teams. Between 1965-68 Dave served on the club general committee and in 1972-73 season he was vice-captain of the "B" XV.  Dave's son Matthew also played for Eccles and was club captain 2002-03 season. The family building firm, Owens, remains a supporter of the club and their pitch hoarding sits proudly behind the posts.
If you have any recollections, anecdotes or photos of Dave please pass them through the club's socal media so we can share them here.

Mr Brian Griffiths recalls "Dave Owens once took a tap penalty that no-one was expecting and found himself without any support with the opposition closing in. Mike Bateman, was the nearest teammate and recipient of Dave’s verbal encouragement "Mike run you fat b******!”  Mike scored and the referee disallowed the try for bad language, the event being reported in the Manchester Evening News Pink!" Mr Bateman, our club Treasurer and former referee, who scored very few tries in his career and is still disgruntled to have one disallowed confirms this story and remarked many of his memories of Dave involved some measure of viloence, including a broken nose at ICI Widnes!

Mr Paul Mellor shared another example of Dave's Owen's approach to the game.  "In a return match against Sedgley Park circa 1970, I informed Dave, playing at Flanker, that the tall opposition winger tended to come inside off his left foot. "Right" replied Dave, eager to deal with the matter. Sure enough, early in the game the opponant hurtled down the wing and, attempting to avoid my tackle around his midriff, he steps inside as anticipated, straight into the path of Dave (aka The Grim Reaper) who had steamed right across the pitch to deliver his trademark! The winger's progress was arrested and Dave's arm was busted "Bloody hell I'm going skiing next week, she'll kill me"!

Mr Neil Ainsworth recalls Dave was a renown 'Enforcer' at wing forward. "Dave was my Best Man at my wedding in 1974, which unfortunately clashed with a Lancashire cup tie. My very new, Mother-in-Law admonished Dave for saying I could not have another drink, to which the response of "no he can't he's playing in two hours" came as something of a shock to her!" (Eccles won).

Mr Ray Cook, who knew Dave for over 60 years recalls they met at St. Paul's youth club and at age 16 they'd sneak out to the old Park Hotel for a pint. It was on one of these trips to the Park that Dave persuaded Ray to join him playing rugby at Eccles. "Dave never enjoyed playing in the rain and if it got bad, Dave would be looking for an opportunity for the early bath, which wasn't a bad idea because the club had one bath for up to 60 players!"

Mr Andy Brunt recalls when the new clubhouse was developed in 1984, Dave wished to make a lasting contribtion and supplied and laid the stone hearth that still sits at the bottom of the chimney breast today.

Mr Alan Bent also recalls Dave's contribution to making Eccles the rugby club it is today. "In the days when there was no coaching, Dave and others would pass on their knowledge and love of the game to the younger less experienced players. Dave could always be relied on to give encouragement and advice, he was a gentleman, a great player, and a good friend."

Mr Norman Johnson, club capt 1965-67, recalls although its more than 50 years since he played alongside Dave, his memories are clear. "Dave was a great team player, always a pleasure to be around, a good friend and a gentleman who will be sorely missed".

Mr Dave Nicholls adds that when he joined the Club as a raw 18 year old in the late 1970's, progressing his way up from the 5th team, he met Dave in the later stages of his impressive playing career, making his way through the teams in the opposite direction. "Playing on the 4ths, 3rds and 2nds, Dave made sure I was always made welcome. He cared about a young lad in a new environment and he is just one of the reasons that made Eccles Rugby Club such a special place. In recent years when Dave made visits to games or functions he always made a point of giving me a bit of good natured stick. My memories of Dave are more of the man, than the rugby player.  A true and very natural gentleman." 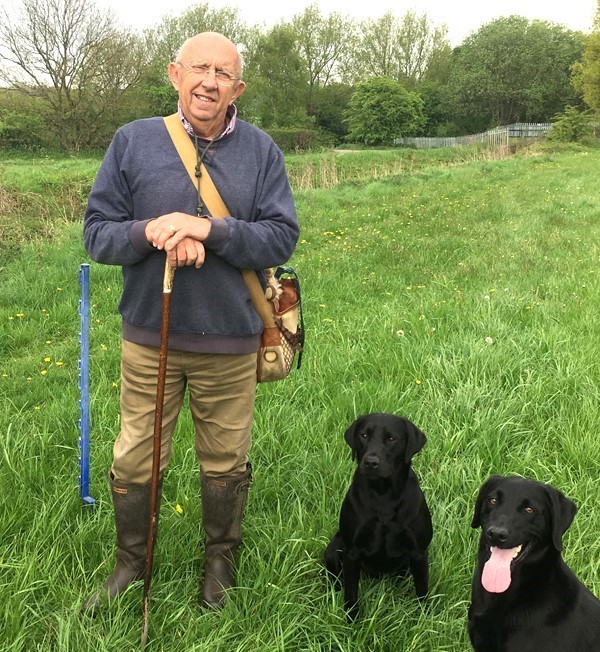 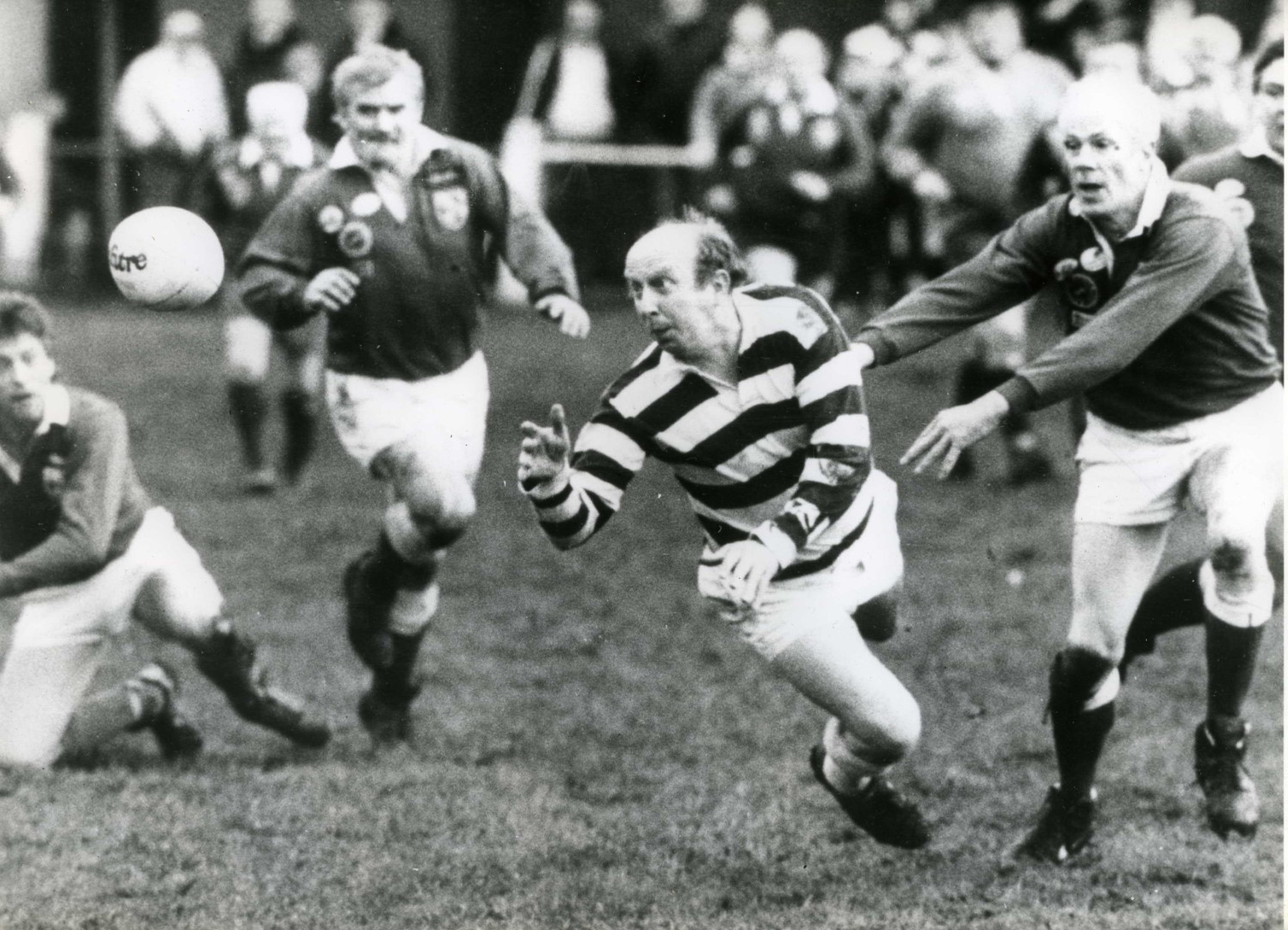 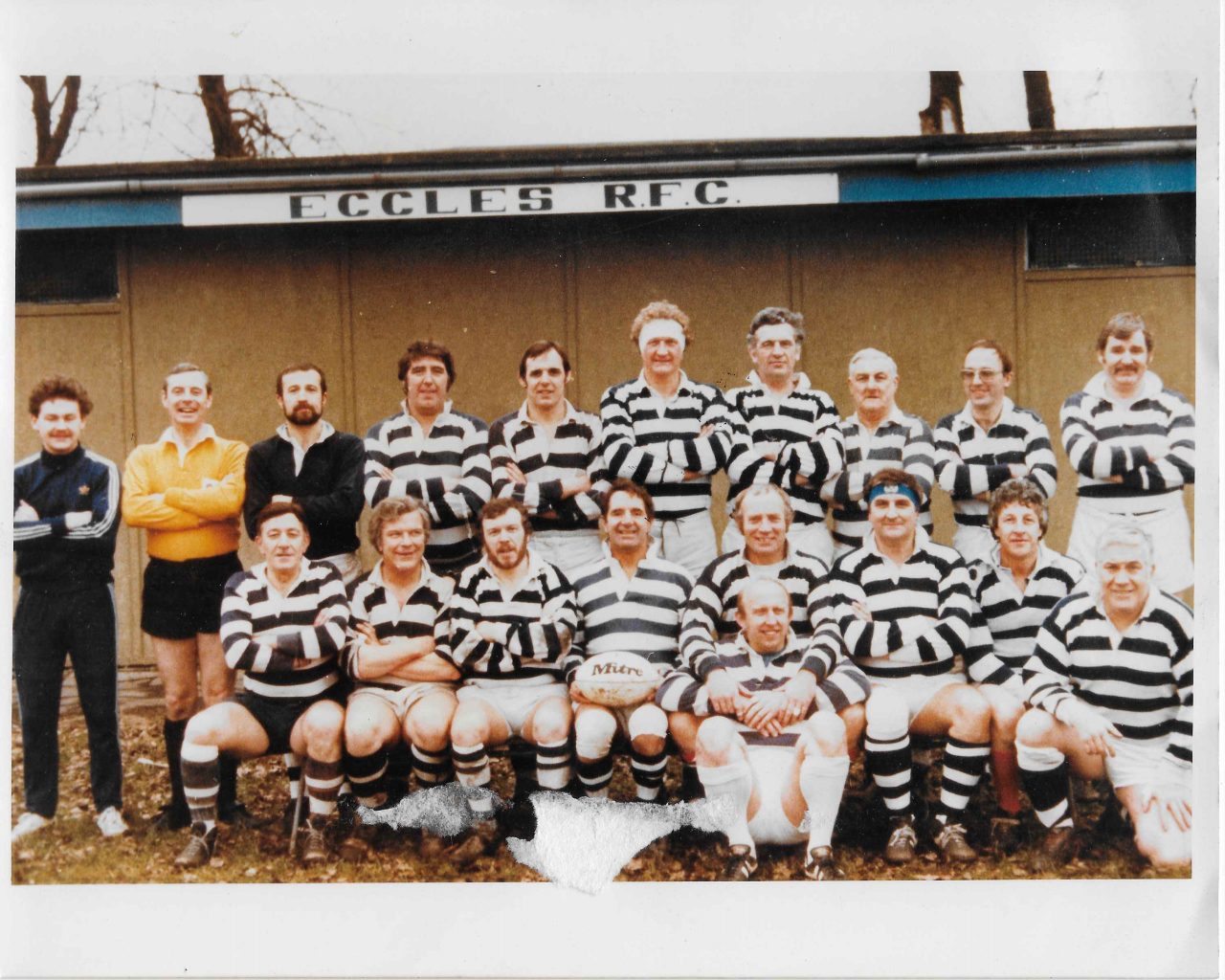