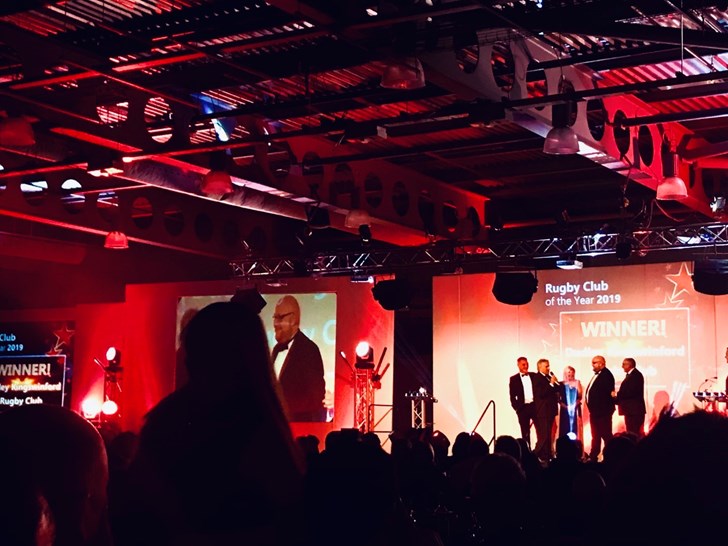 Last night Eccles RFC attended the national Club Awards, promoted by Club Mirror Magazine, held at Doncaster Racecourse. It was a prestigious event, with John Inverdale hosting and 600 attendees from a diverse range of sports and social clubs across the UK. Eccles were certianly in esteemed company and can take great pride in being a finalist.

Top award on the night 'King of Clubs' went to The Roehampton Club (Tennis, Golf, Croquet) who have 1,500 members,150 staff and a waiting list of 2,000! Formby (with an annual turnover of over £1m) were awarded Golf Club of the Year and the BBC won Marketing Club of the Year. Canterbury RFC (National League 1, Level 3) won Social Media Club of the year for their live streaming of home matches.

Eccles RFC were one of 6 nominated clubs in the running for 'Rugby Club Of The Year' sponsored by BT Sport, which was won by Dudley Kingswinford RFC (Midlands1West, Level 6). It will probably be some time before Eccles can compete with thier 200 seat stand and pre-match hospitality.

On 15th November, Eccles RFC were a finalist in the Greater Manchester Sports Awards at the Emirates Old Trafford, where we were nominated for the 2019 Club Of The Year sponsored by Sport England. This followed our success in the Salford Sports Awards in September where Eccles RFC won 2019 Club Of The Year and also our recognition asManchester's Best Rugby Club in the 2019 Prestige awards.

It's been quite a year. The club committe would like to congratulate all its players and members, and offer its sincere apppreciaton to all its sponsors and volunteers. Your collective efforts this past 12 months have earned this recogniton and make our community club what it is. 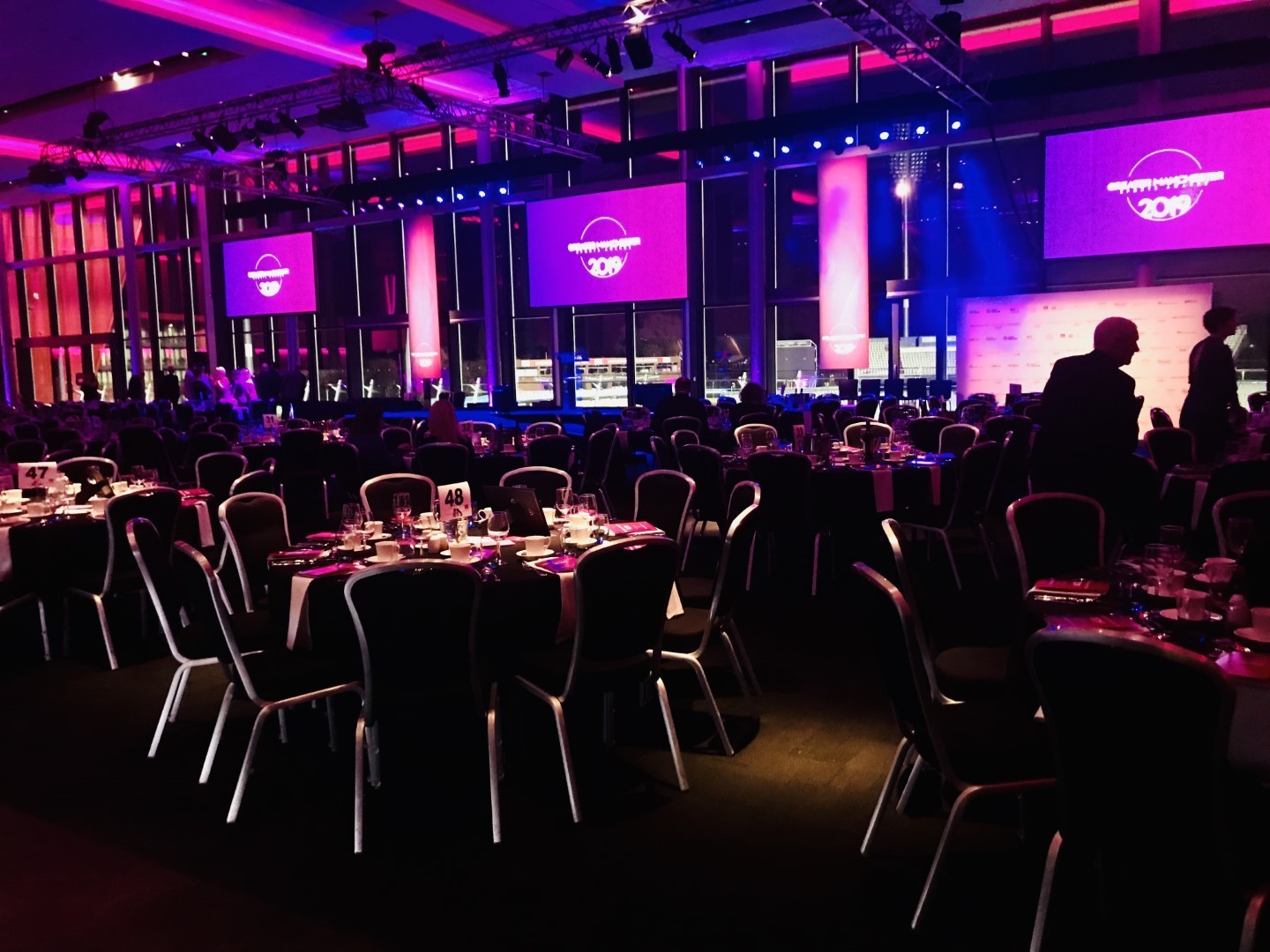 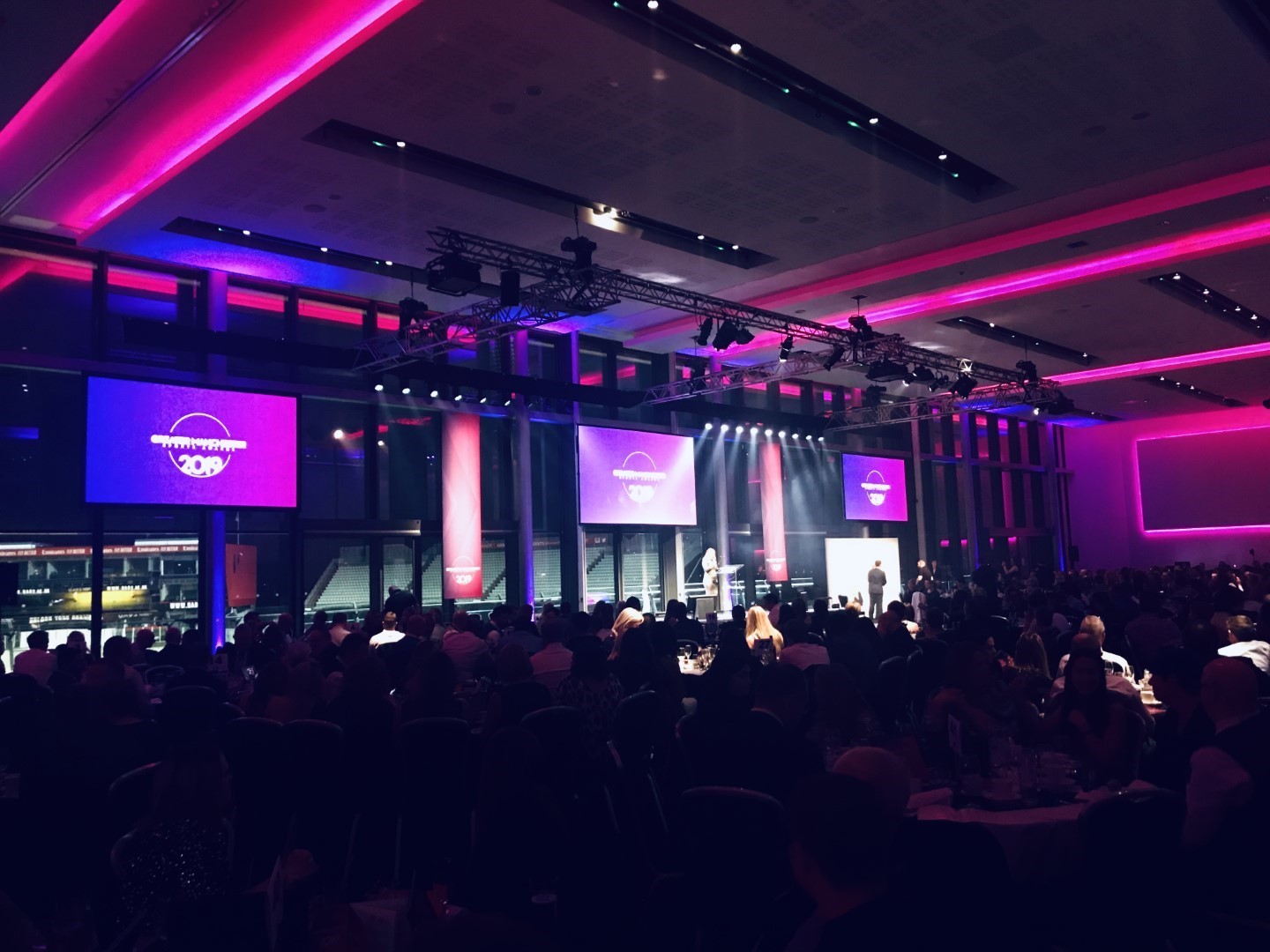 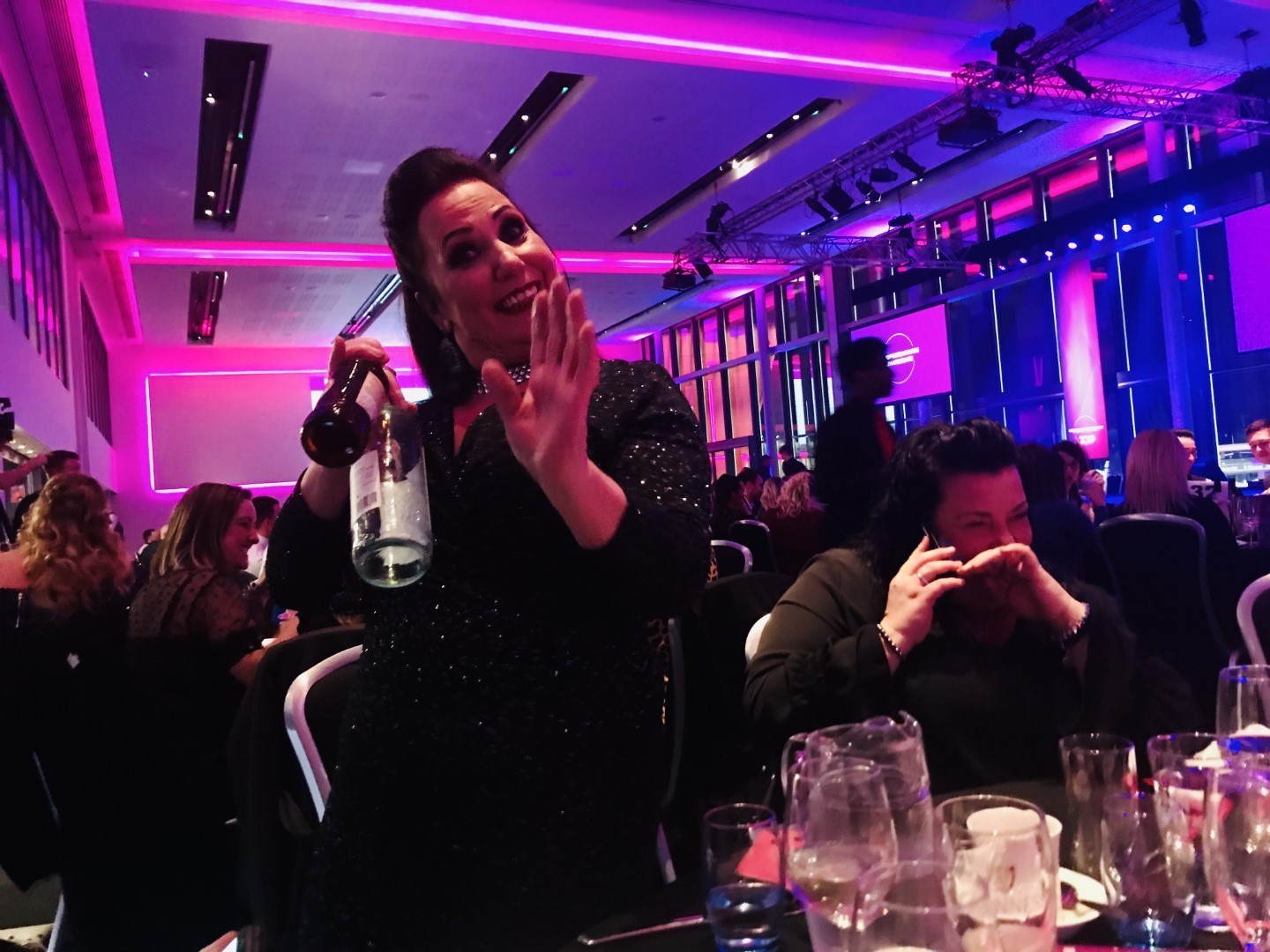 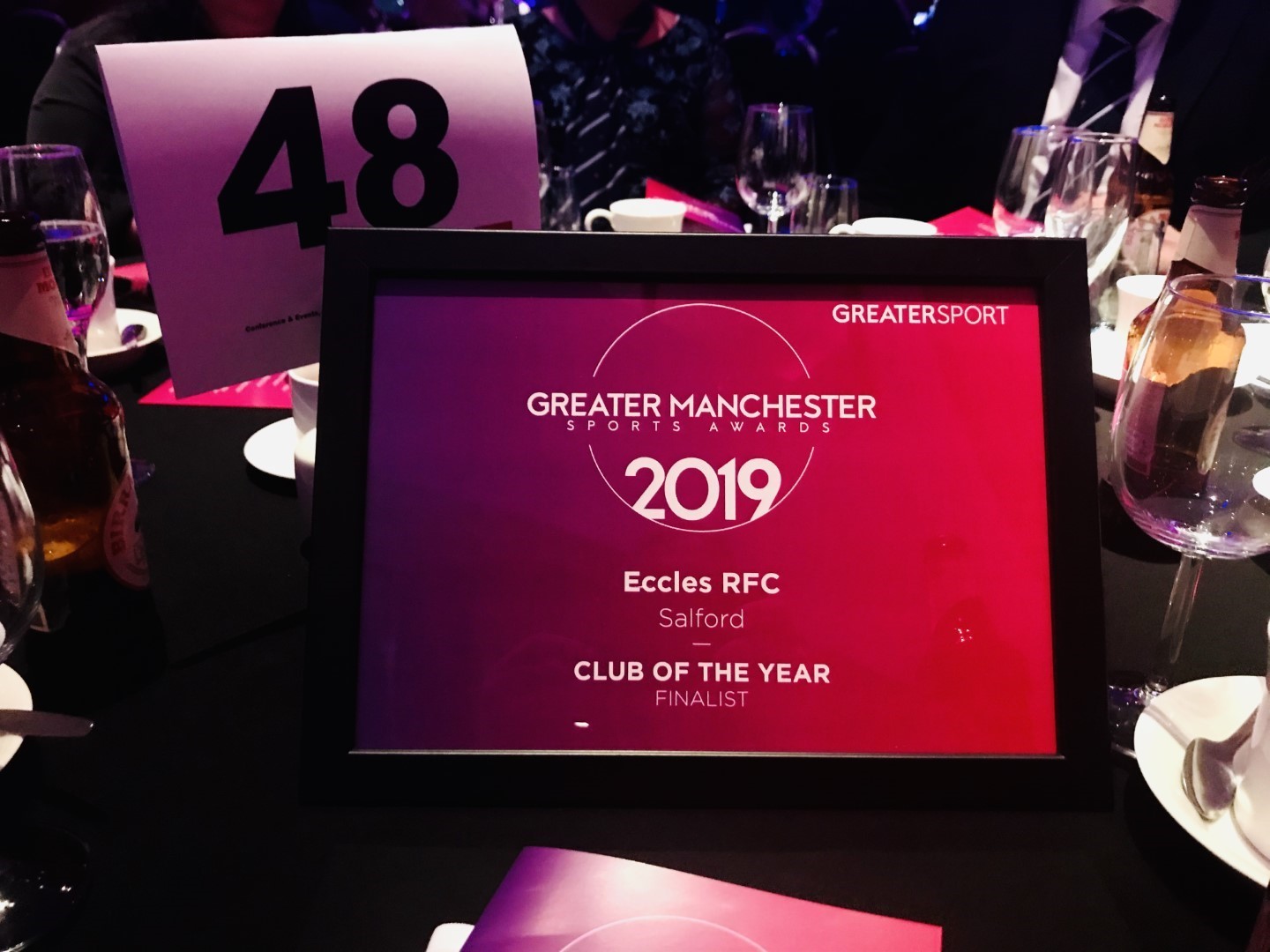 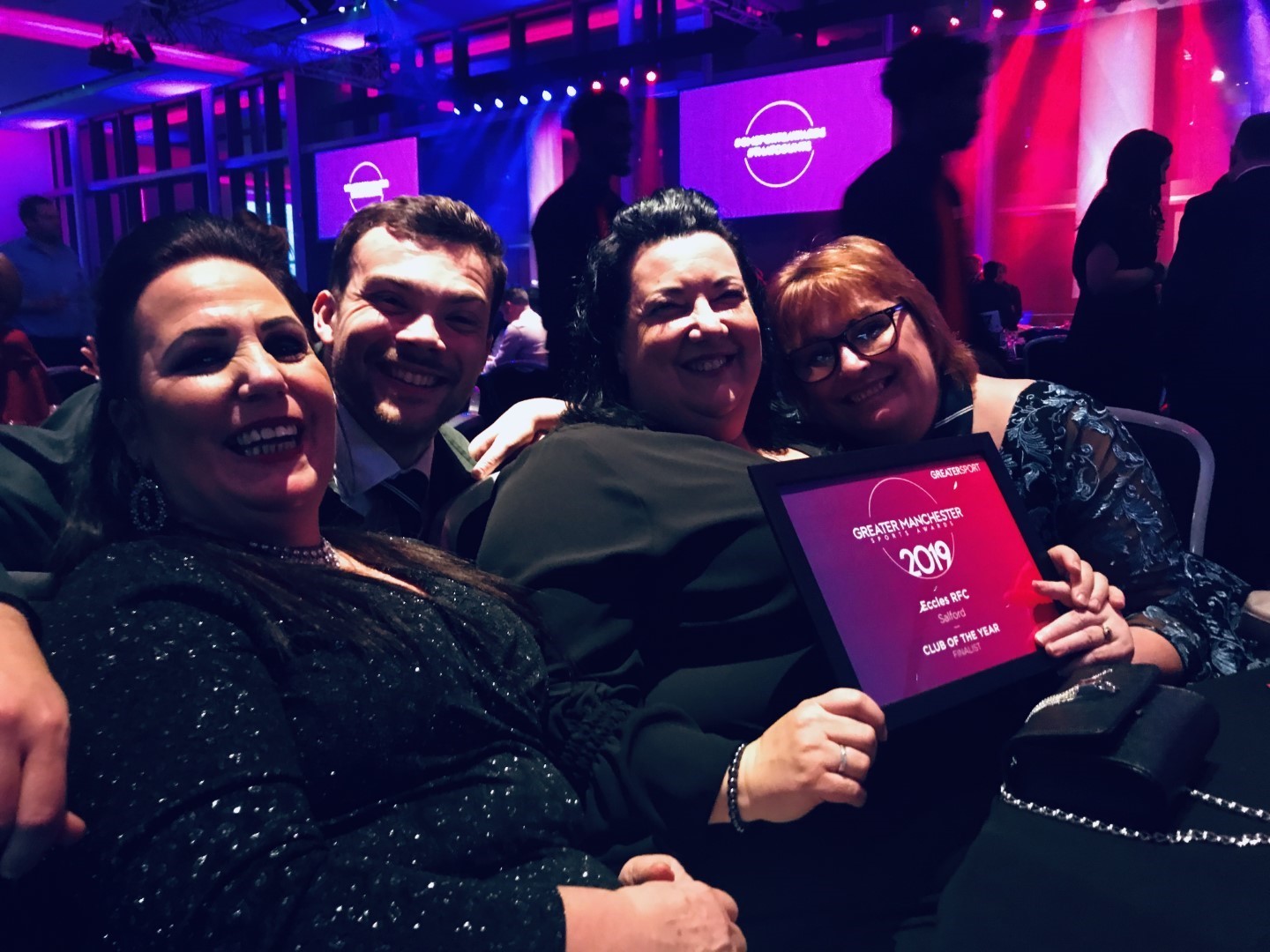 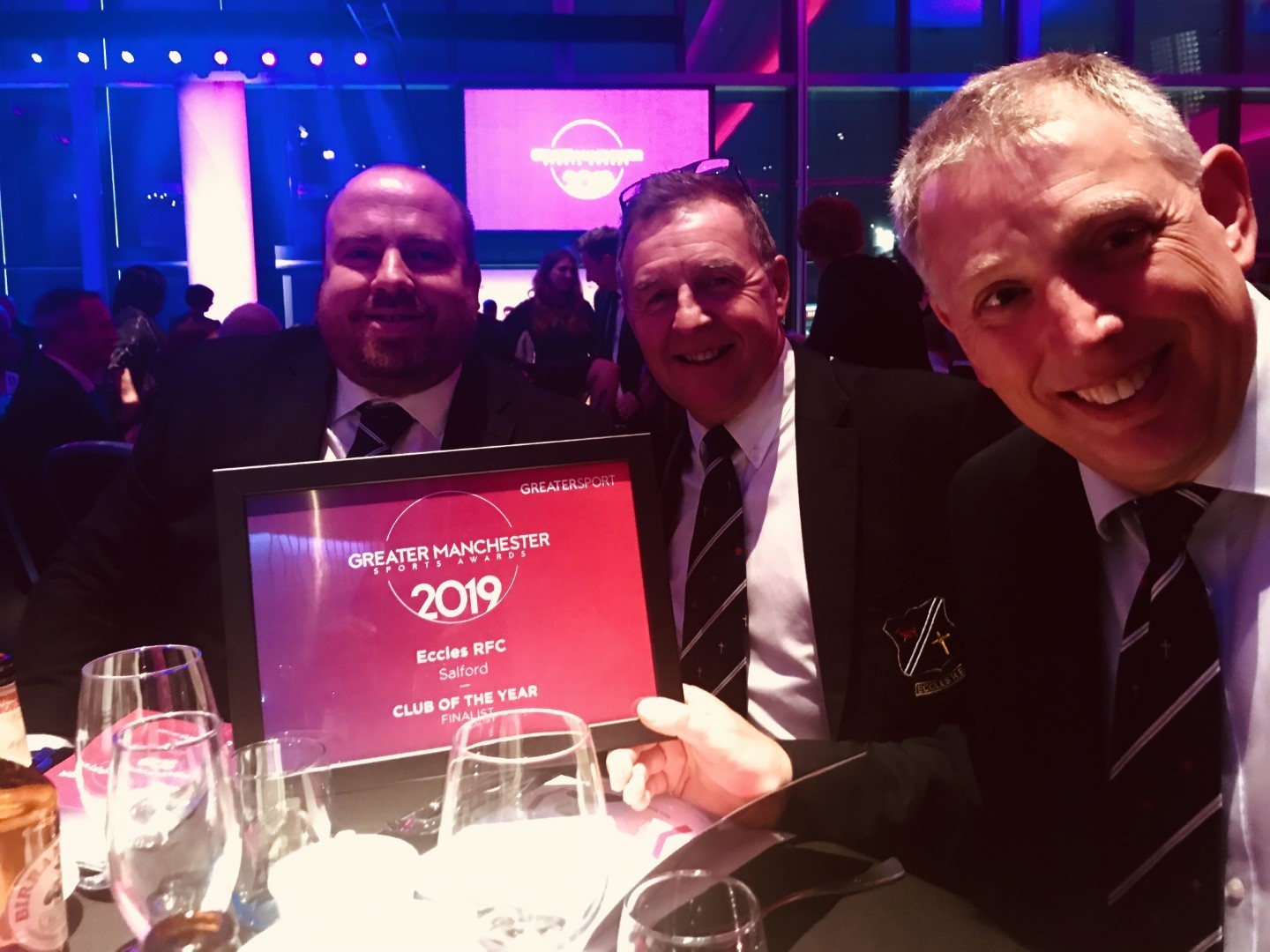 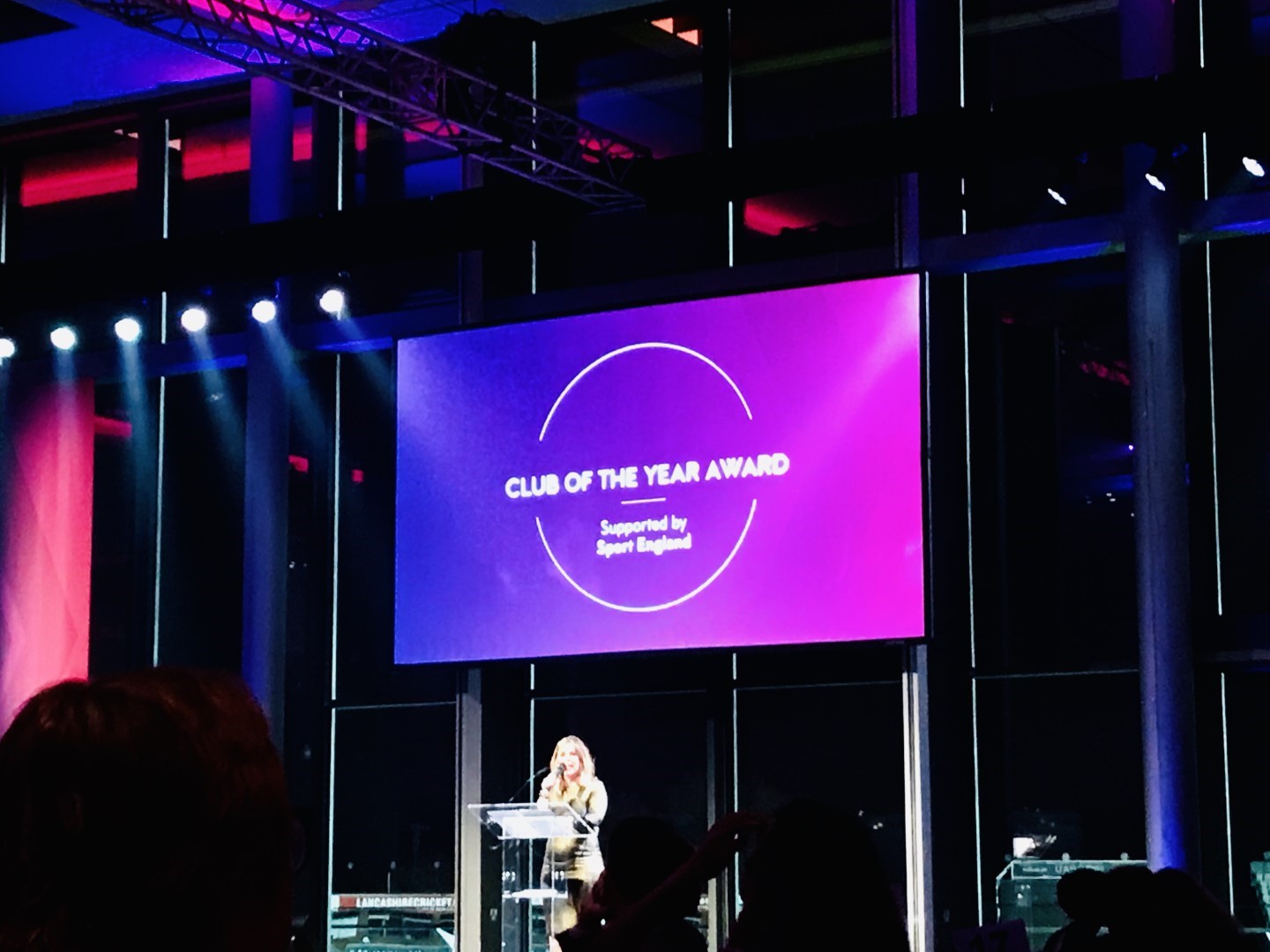