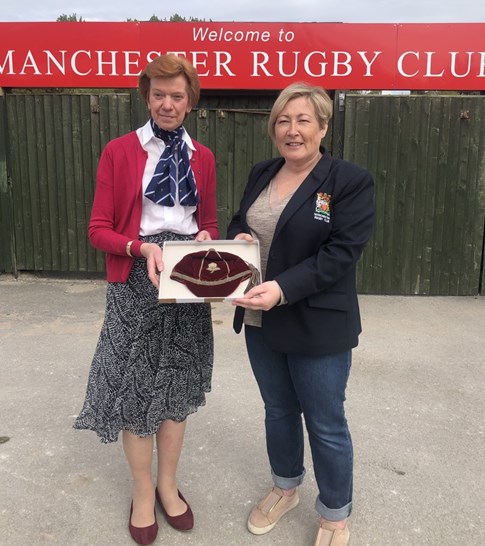 On Saturday 30 April, the Manchester Rugby Club 2XV entertained the Eccles 2XV at Grove Park. The final fixture of the 2021-22 season provided the perfect occassion for the presentation of an item of historical and personal importance for boh clubs.
Shiela Thomas, attended the match to represent Eccles and receive Harry Scott’s England Cap from the Manchester President, Suzanne Morton. Shiela is not only our club's archivist and historian, she was also a close friend of Harry, having travelled to Twickenham and to Lancashire RFU functions with him on more than one occassion, where Harry was a well-known and popular figure.

Harry was born in 1927 and moved with his family to Eccles aged 8. Following school he qualified as an engineering draftsman at Salford Royal Technical College. His father, Bob, played Rugby League for Swinton Lions and Harry evidently inherited his athletic ability. Harry first played for Eccles in 1947 and was mentioned in match reports in October and November of that year when he was at home on leave from the RAF.  In a match report for Eccles v Bury, October 1948 his inclusion in the back line much to strengthen the side. "Scott hardly put a foot wrong at full back, his catching being clean and his defence rock-like."

Harry earned his first Lancashire Cap in 1951 and we believe he moved to play for Manchester around this time. Harry went on to become a stalwart of the Lancashire team considered one of the strongest in the county championship in the 1950s, playing for Lancashire 46 times. In 1954 he played for North West Counties against New Zealand at Manchester City’s Maine Road ground, where the match programme described him as “an enterprising fullback with safe hands and quick to turn defence into attack”.

On 26th February 1955, aged 26, Fullback Harry Scott became England's 856th capped-player when he pulled on the white shirt to represent his country against France at Twickenham.

In later years, Harry returned to Eccles, enjoying both the playing and social aspects of the Rugby Union game. He was elected an Honorary member in June 1977 and in 1987 he was made a Hon. Life Member of Eccles RFC.  Harry, passed away in January 2012 aged 85, with his memorial service held at Peel Green crematorium and his ashes spread on the Eccles pitch by his family in 2016.

Harry Scott's England Cap will be proudly displayed in the Eccles RFC clubhouse with an accompanying plaque recognising both his playing career at Manchester where he gained his International success and his formative and concluding years at Eccles. Manchester will retain Harry's England playing Shirt for display in their club and in this way both clubs can pay tribute to his memory. 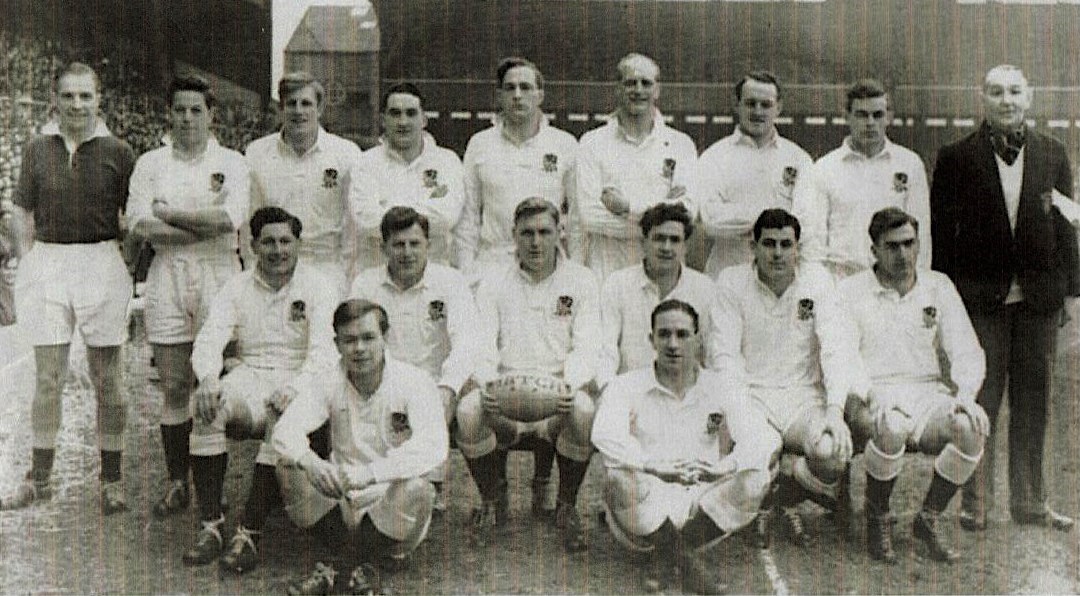 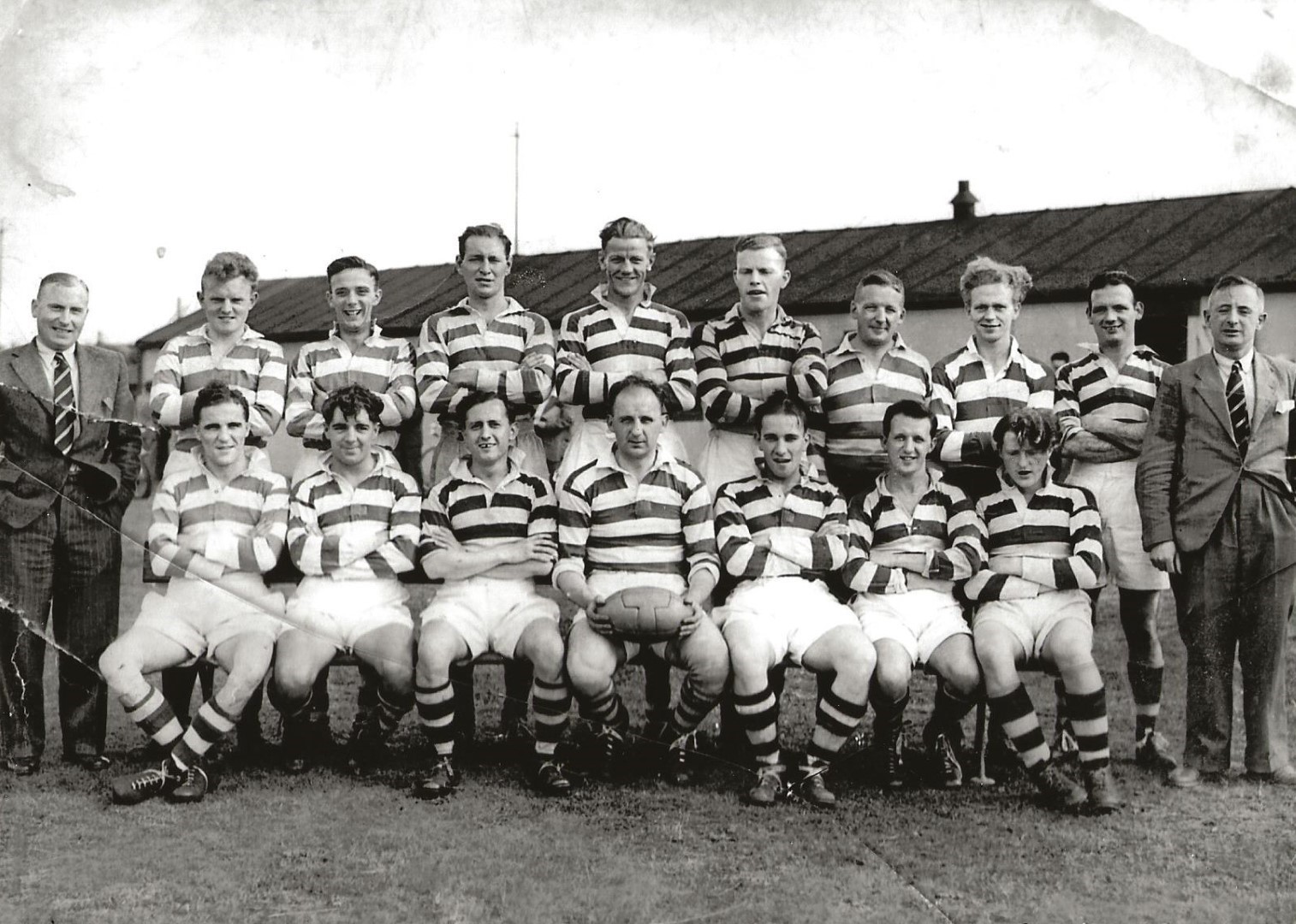